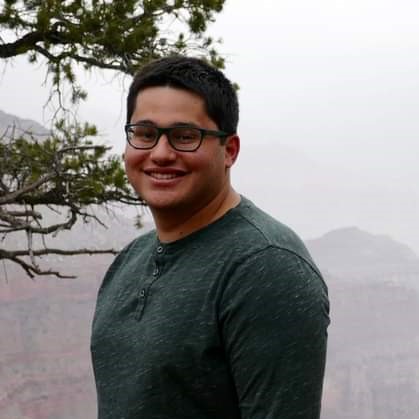 Dylan Vargas is the Legislative and Policy Coordinator at the League of Women Voters, where he works with the advocacy and litigation department on the People Powered Fair MapsTM campaign to end partisan and racial gerrymandering.

Dylan grew up in East Brunswick, New Jersey, and found his love for politics while studying at Johns Hopkins University in Baltimore. With a passion for voting rights and community engagement, he was quickly drawn to the life of campaigns. He started out during the 2016 presidential election with the Maryland Democratic Coordinated Campaign. Later on, he worked on the local delegate race Nate for State; rising from intern to GOTV Director. Graduating just in time to jump into the 2018 Midterms, he traveled across the country to work the Arizona Democratic Coordinated Campaign races in Tucson as a field organizer. After taking a few months off to travel around Europe, he hit the ground running in the 2020 primary race as an organizer for Senator Elizabeth Warren’s presidential campaign in Henderson, Nevada.

Throughout these campaign experiences, Dylan became deeply passionate about ensuring that every vote counts and every voice is heard.

On his own time, Dylan enjoys reading, Dungeons and Dragons, hanging out with friends, and playing sports.

What is Happening with the Freedom to Vote Act? (Blog)

Wednesday, Oct. 20, the Freedom to Vote Act came up for its first ever vote on the Senate floor. However, the bill failed to reach the 60-vote threshold needed to move forward, hitting a procedural roadblock on its way to protecting our democracy and expanding the voting rights of every American.

In 2020, we experienced significant delays in the receipt of census data. This is largely due to an updated privacy protection model, which ensures greater confidentiality for respondents while keeping the data’s accuracy.

The nation has seen a resurgence of anti-voter bills. These bills are an existential threat to our country and the promise of one person, one vote. They put forward oppressive measures and unjust barriers that make our fundamental right to vote increasingly difficult, particularly for Black and brown Americans.

The best tool to counter these denials of the freedom to vote is the For the People Act.

As we enter our 101st year, it is time to look forward to what the next century of American democracy entails. To kick off this discussion, the League hosted a Congressional Conversation to talk about the next hundred years of democracy and envision a future where we can all work together to make sure our democracy remains strong and inclusive.