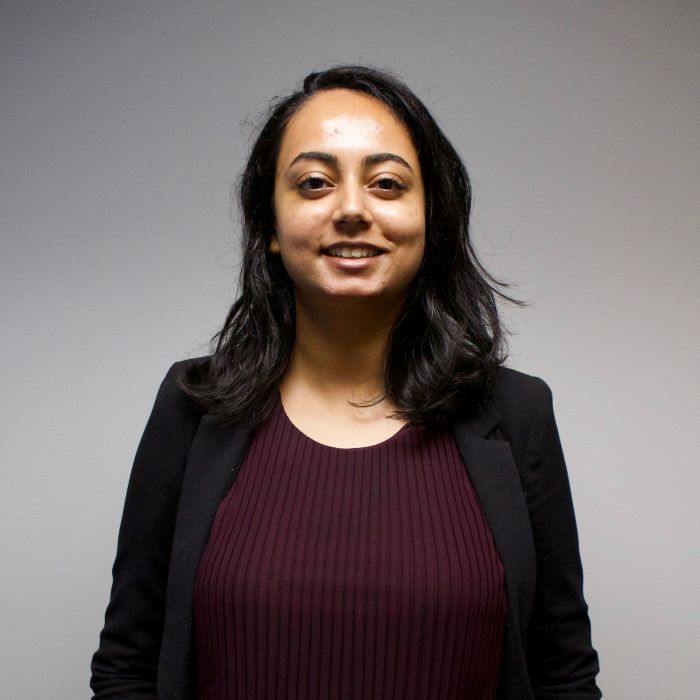 Priya Pandey is the Legislative and Policy Coordinator at the League of Women Voters, where she works with the advocacy and litigation department on the People Powered Fair MapsTM campaign to end partisan gerrymandering.

Priya grew up in Queens, NY where she started volunteering with a local community center on civil rights issues as a high school student in Flushing, Queens and since then she has dedicated her career to serving and empowering others. In 2018, she graduated from Binghamton University with a bachelor’s degree in political science with a focus on international affairs and diplomacy. At Binghamton, Priya worked at the Center for Civic Engagement as a Voter Engagement Coordinator where she helped get students on campus registered to vote and out to the polls. This past year, Priya lived in Germany as a fellow of the 2018-2019 Congress-Bundestag Youth Exchange for Young Professionals, a public diplomacy program jointly funded by Congress and the German Parliament. During her time in Germany Priya volunteered at a local refugee asylum center, managed programming on civic engagement at the German American Center, and worked in the international affairs department for the State Ministry of Baden Württemberg.

When she’s not in the office, Priya enjoys traveling and has lived in three different countries. She also loves playing video games, taking dance classes, and sharing the latest internet memes.

Demystifying The Rules: The For the People Act in Committee (Blog)

On May 11, the For the People Act will enter a process called "markup." As we celebrate this progress and work towards passage, it is important to understand the markup process and potential outcomes.

At the League, it is our hope that we will be able to work in step with the current administration to make progress on LWV priorities aimed at working toward a better democracy, together.

We've Voted: What Happens Next? (Blog)

Knowing the Difference: Voting Absentee vs. By Mail (Blog)

This year, more Americans than ever will be using these methods to vote in upcoming elections, and so it is important to understand the similarities and differences between the two.

People Powering the Vote: League Leaders and the fight for the VRAA (Blog)

USPS is a critical piece of infrastructure helping many individuals navigate daily life. Congress must protect USPS so it can continue to provide its critical services.

It’s 2020, and that means in addition to a presidential election, this year is also a critical census year.

What’s at Stake for This Census (Blog)

Community organizing and advocacy will be an essential part of GOTC efforts this year. Here's what's at stake.

Our state leaders met last week in Dulles, VA, to learn and strategize on how they could organize, empower, and mobilize their state leagues to accomplish our goal to end partisan gerrymandering.