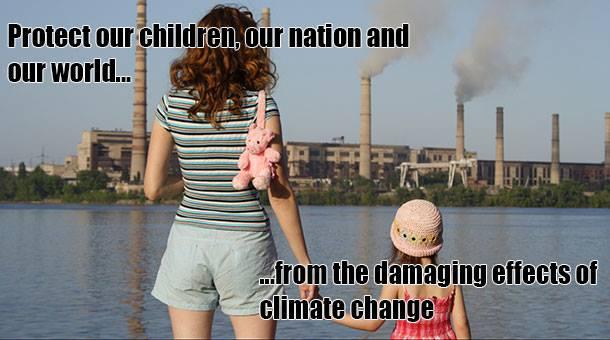 League members from across the country were offered a unique experience to join a conference call with the Administrator of the Environmental Protection Agency (EPA), Gina McCarthy. Administrator McCarthy discussed the ongoing work being done to fight climate change at the national level, including the EPA's Clean Power Plan, which limits carbon emissions from power plants.

Currently, 40 percent of the United States’ carbon pollution comes from power plants, making them the single largest source of carbon pollution in the country. The Administrator reiterated that it is our moral obligation to fight climate change by cutting carbon pollution. As parents, teachers and respected community members, we must take the necessary steps to address this public health crisis. This crisis disproportionally affects our children, seniors and minority populations. In the United States alone, one in ten children need an inhaler to deal with respiratory issues and asthma, with minorities and communities of color being particularly hard hit by pollution.

The EPA has a long history of fighting harmful and often deadly air pollution. The proposed Clean Power Plan not only cuts life threatening carbon pollution, it provides flexible goals that states can follow to cut carbon emissions on their own or with regional partners. States can choose the cost effective reductions that are right for them while increasing the use of renewable energy and cutting carbon pollution.

Through community engagement, outreach to businesses of all sizes, and partnering with state stakeholders, the EPA has worked to continue over four decades of work to ensure that fighting pollution doesn’t have a negative impact on our economy. By continuing to engage with interested parties at all levels, the EPA hopes to continue to analyze future problems, while ensuring our future is bright.

Administrator McCarthy called upon League members to continue to create a dialogue within their own communities and states about the necessity of this historic regulation. The League’s reputation as a convener on controversial issues and our history defending the environment makes us the perfect organization to do just this. Through conversations in our own communities, League members can elevate the dialogue on this issue and build support for this historic regulation to cut carbon pollution.

In addition to building support on the ground for this regulation, we must continue to give EPA feedback on this groundbreaking proposal. League members and supporters have already submitted over 50,000 comments in support of the regulations to cut carbon pollution from new and existing power plants. We can do more! Submit your comment to the EPA and then ask your friends and neighbors do the same.