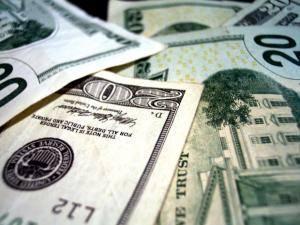 The Omnibus Appropriations legislation being considered in the Senate includes the most corrupting campaign finance provisions ever enacted.

Please contact your Senators immediately and tell them to vote against the Omnibus Appropriations bill.

2014 was the most expensive midterm election ever. Now the politicians want to put MORE big money into our elections!

The omnibus legislation authorizes massive increases in the allowable contributions to political parties, which can only be made by millionaires and billionaires. These huge contributions would be solicited by federal officeholders with the ability to provide access, influence and results in return to the donors.

A single individual is authorized under the bill to give a total of $777,600 to the three committees of a national party per year or a total of $1,555,200 in a two-year election cycle. Such massive contributions have been prohibited for more than four decades to prevent corruption and the appearance of corruption.

The Senate will vote on the Omnibus Appropriations bill very soon. Contact your Senators NOW and tell them to oppose the bill.

The League joined with coalition partners on a letter sent to the chairmen of the Senate Finance Committee and House Ways and Means Committees urging them to protect and maintain the Johnson Amendment.

The League joined other groups calling on the U.S. House to oppose amendments related to campaign finance issues that were attached to the House Financial Services bill.