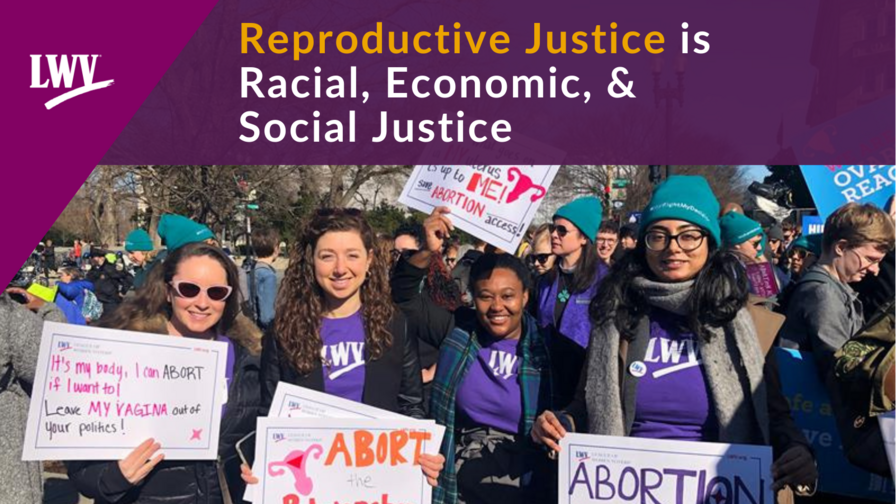 There is No Equality Without Reproductive Rights

In the 1992 case of Planned Parenthood of Southeastern Pennsylvania v. Casey, the US Supreme Court famously affirmed that “[t]he ability of women to participate equally in the economic and social life of the Nation has been facilitated by their ability to control their reproductive lives.”

Yet the few choices we have are being taken from us, despite the fact that the majority of Americans support safe and legal abortions. In September 2021, the US Supreme Court declined to rule on a Texas law essentially banning abortions and enabling the persecution of those who help them occur. Civil rights groups in Mississippi are currently battling a law banning abortions after 15 weeks that would have a "devastating" impact on Black and low-income women.

And in June 2022, the Supreme Court ruled to overturn the constitutional right to abortion.

The League of Women Voters, like millions of Americans, will not stand for this. Neither will our partners in the reproductive rights movement, many of whom are already planning actions to fight back.

We’ve already covered a significant reason that people with uteruses should be in control of their reproductive health; it has the capacity to affect them on every level, from what medications they can take to where they can rent an apartment to their susceptibility to conditions like postpartum depression.

Across the US, more abortion laws have been enacted in 2021 than in any other year since Roe v. Wade was decided in 1973.

And that’s hardly the beginning.

Not only is the right to a safe and legal abortion a matter of personal freedom, it’s also a major factor in the movements for racial and economic equality. In a joint statement, LWVUS Board President Dr. Deborah Ann Turner and LWV of Texas President Grace Chimene said:

“Reproductive choice is not only a dire issue concerning the rights of women and all people who may become pregnant, but one of racial and economic justice. Limits on reproductive health services disproportionately impact Black, brown, and low-income communities, therefore upholding and perpetuating income inequality and white supremacy.”

Legislation like the anti-choice laws in Texas and Mississippi lead not to the elimination of abortion, but to increased penalties that disproportionately impact Black, brown, and poor Americans. As of 2019, the majority of people who sought abortions in America were people of color. Under laws like the one in Texas, their attempts to control the size of their families are criminal. And now, that will be true for millions of people across the country.

It’s About Political Control, Not "Life"

Why do we criminalize people who seek abortions rather than ensuring that they have, as Vox puts it, the “rights and resources” to thrive as a family? For the same reason that politicians gerrymander Black and brown communities rather than creating policies to serve them, and the same reason we disproportionately incarcerate Black, brown, and poor Americans. In taking away marginalized people's freedoms rather than solving overarching social issues, entrenched politicians preserve both their control and the unequal status quo. 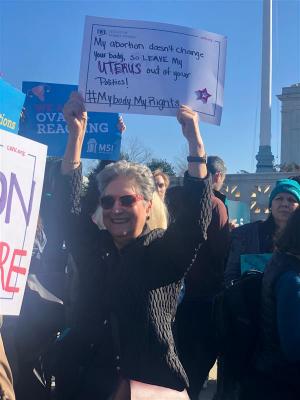 The rights of women, poor people, Black and brown Americans, and other marginalized groups have always threatened the white, cis, patriarchy. When women, particularly women of color, have control over their bodies, they’re able to run for offices or lead companies previously run by white men. When they don’t feel tied into abusive relationships or desperate economic situations due to familial responsibilities, they can chart paths for themselves that were previously male-only.

That explains why the “pro-life” movement focuses on bodily autonomy rather than, say, maternal mortality rates, COVID-19 mask mandates, addiction treatment, or other health care concerns. It’s a movement rooted not in an appreciation for life but the desire to maintain control over historically disempowered people — in this case, women and others who experience pregnancy, particularly those who are Black, brown, and/or low-income.

The anti-abortion movement and misogyny are deeply entwined. According to a Supermajority/PerryUndem survey, more than half of those who oppose abortion believe that men are better leaders than women, and fewer than half want men and women to hold equal positions of power in the US. In contrast, 80 percent of people who are pro-choice believe men and women should hold equal seats of power.

It’s a movement rooted not in an appreciation for life but in the desire to maintain control over marginalized people – in this case, women and others who experience pregnancy, particularly those who are Black, brown, and/or poor.

This same poll found that those who oppose reproductive rights tend to oppose the #MeToo movement against sexual assault and believed that the way women were treated in society wasn’t a significant issue in the 2020 election. There’s no way around what these surveys tell us; there’s an enormous correlation between opposing reproductive rights and opposing gender equality. People who're against abortion are largely interested in preserving an unequal patriarchy.

We’re facing a scary, uphill battle; yet there’s so much we can do. Here are just a few steps you can take to support the freedom of choice — and with it, racial, economic, and sex-based equality — across the US:

Women’s freedom to choose — their jobs, names, lifestyles, and health care — have been hard-won in this country. We’re not giving them up. Nor are we giving up a concept that all Americans should hold dear: that we are all equal, no matter our race, gender, income, or any other factor.

Our lives and democracy depend on it.

Press Release / September 1, 2021
A majority of people support safe, legal access to abortion. So why is it under threat?