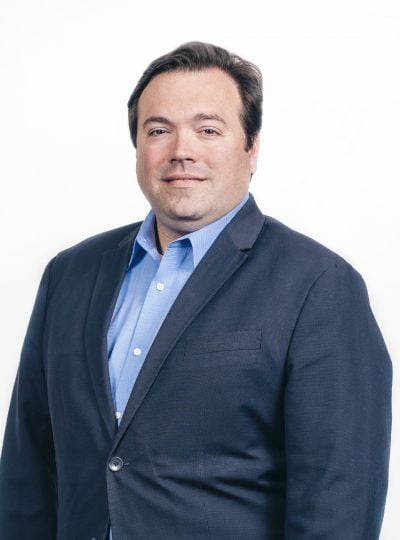 Adam Ambrogi serves as chief of external affairs at the League of Women Voters of the United States. In that role, he leverages his experience in strategy, vision, and relationship development to support the growth of the League's impact and influence to strengthen democracy.

Prior to joining the League, he served for over eight years as Director of the Elections and Voting Program at Democracy Fund. In that role, he helped create the Fund and led grantmaking, strategy, education, and advocacy around three areas: promoting voting rights, ensuring a voter-centric system of election administration, and promoting greater trust in our elections process. Adam developed, expanded, and grew the strategy and funding for the elections program, and granted tens of millions of dollars to support dozens of voting and civil society groups. Adam led philanthropic tables to focus the foundation community on marshaling greater support for democracy.

Adam previously worked as chief counsel for the US Senate Committee on Rules and Administration. In that role he led a wide range of issues related to election law, campaign finance, rules of the Senate, and legal/ethical matters. Adam was the lead staffer for the Rules Committee on the passage of the Military and Overseas Voter Empowerment Act, the DISCLOSE Act of 2012, and Senate internet regulations, and led the Committee’s legal team in examining and making changes to the Senate Rules related to the filibuster. During his almost seven years in the Senate, he served under the leadership of the Committee Chair, Senators Charles E. Schumer, Dianne Feinstein, and Chris Dodd.

Before his work on the Rules Committee, Adam served as special assistant and counsel for Commissioner Ray Martinez III of the US Election Assistance Commission (EAC) where he helped to build that agency, distributed three billion dollars to modernize elections, blocked restrictive voting policies, and educated election officials on the requirements of the Help America Vote Act.

He received his law degree from the University of Texas-Austin, where he served as the Editor-in-Chief of the Texas Journal on Civil Liberties and Civil Rights. Adam received his BA in Government with high distinction and Sociology from the University of Virginia. Adam is licensed to practice law in New York and Washington, D.C. He serves on the board of the Center for Civic Design, on the advisory board of the Civic Responsibility Project, and has volunteered with other public service/pro bono organizations in the Washington, DC area. He recently served as a Visiting Fellow at the Center for Public and Nonprofit Leadership at Georgetown University's McCourt School. In 2018, Adam received an Executive Certificate from the Institute for Transformational Leadership at Georgetown University. When not working on democracy issues, he likes to cook, listen to music, and spend time with his family (especially traveling in Puerto Rico).