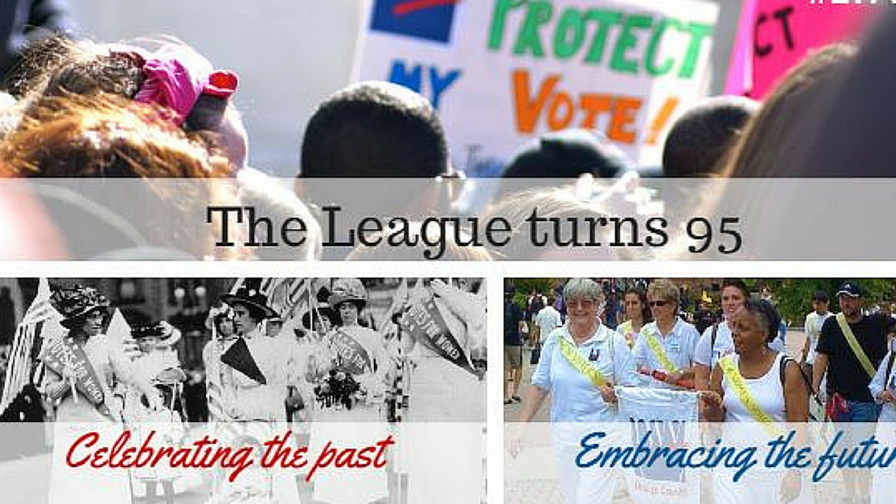 This year, the League of Women Voters celebrates its 95th anniversary. Founded by suffragist Carrie Chapman Catt on February 14, 1920 – just six months prior to passage of the 19th Amendment – the League was charged with “finish[ing] the fight” to ensure that every eligible voter has free and fair access to the polls. Ever since, the League has been at the forefront of efforts to empower citizens to play an active role in our democracy.

In honor of 95 years of Making Democracy Work ®, here are 10 ways the League has helped strengthen our democracy and ensure equality throughout the past century.

The League is one of our country’s oldest and strongest nonpartisan civic organizations. Ninety-five years after the League was founded, we continue to hold fast to the belief that our nation is at its strongest when citizens are engaged with our democracy, from voting rights and voter education to campaign finance reform and environmental defense.

"There will never be a true democracy," said Chapman Catt, "until every responsible...adult in it, without regard to race, sex, color or creed has his or her own...voice in government."

Cheers to that – and to the next 95 years and counting!