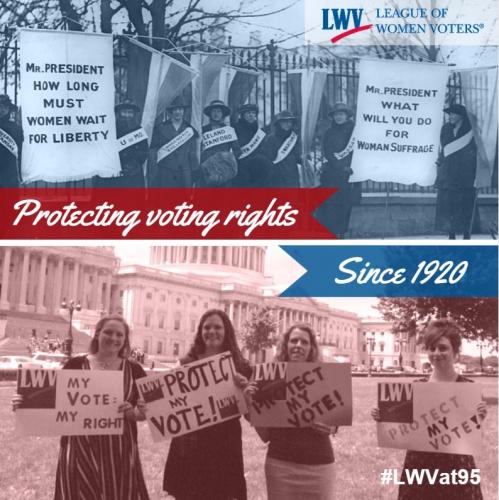 EDITORIAL NOTE: This article originally appeared on the Huffington Post.

League of Women Voters founder, Carrie Chapman Catt served as president of the National American Woman Suffrage Association (NAWSA) on two separate occasions. The second time she assumed the leadership in 1915, Catt saw a mature suffrage movement. Catt evaluated both the external political environment as well as the internal political environment of the suffrage movement and saw both crisis and opportunity. While NAWSA remained focused on getting the vote for women, it was divided as to strategy and tactics. Some wanted to focus on the federal amendment and some saw no way forward on the federal amendment until the states had granted women voting rights; while others had defected to Alice Paul’s more militant Congressional Union. By 1915, 12 states had granted women voting rights.

Catt saw crisis in continuing opposition in Congress to a federal amendment to give women the vote. But, she also saw opportunity in the progress that women had made over the 60 plus years of the suffrage movement. American women in 1915 were more educated than ever before; they were entering occupations previously barred to them, especially within communities of faith where they had convinced major denominations to support the vote; women controlled much more property and were a greater presence in the workforce.

To continue reading, please continue to the Huffington Post.