95 Years Ago: A Final Step Towards the 19th Amendment and Women’s Right to Vote 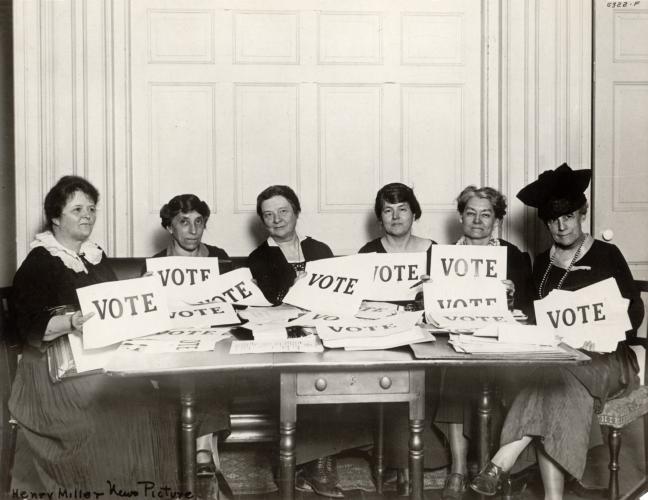 Ninety-five years ago today, a single vote in the Tennessee legislature guaranteed that the 19th Amendment, securing women the right to vote would, at last, become law. The story of Harry Burn, a young legislator who honored a request from his mother to change his vote, is well known. With Burn’s vote, decades of organizing and advocacy came to a close, and women’s right to vote was won – not just for the women who had worked tirelessly for equal rights, but for all women in the United States.

In just a little more than a year after Congress approved the 19th Amendment, the dream of equal access to the polls was nearing reality. During that time, not only had 36 states ratified the Amendment, but Carrie Chapman Catt, leader of the National American Woman Suffrage Association, founded the League of Women Voters to “finish the fight” because ratification of the Amendment did not automatically guarantee that 23 million new women voters could or would vote. The fight Catt charged us with continues today, and the League continues to fight to ensure that every eligible voter has free and fair access to the polls.

What happened after the 19th Amendment became law? View our slideshow and learn about the long drive to get the remaining 24 states to ratify the amendment.

The trajectory of American history has always been to greater not less freedom for our citizens. The 19th Amendment opened the democratic process to what is now more than half the population. But the work of democracy is never finished. The League began as a "mighty political experiment” to encourage new women voters to use their vote to shape public policy in a way that improved the lives of women and children. From the beginning, the League has sought to strengthen our democracy by empowering voters to engage with their government and to tackle the most important issues in our communities, states and nation.

Today, the League continues to fight to keep the power of our democracy in the hands of the people. As a powerful national network that includes 800 state and local chapters across the country, the League is still Making Democracy Work®.

In celebration of the 19th Amendment’s 95th birthday, check out some vintage pictures of the activists who have led the League’s work for the past 95 years.