95 Years and Stronger Than Ever 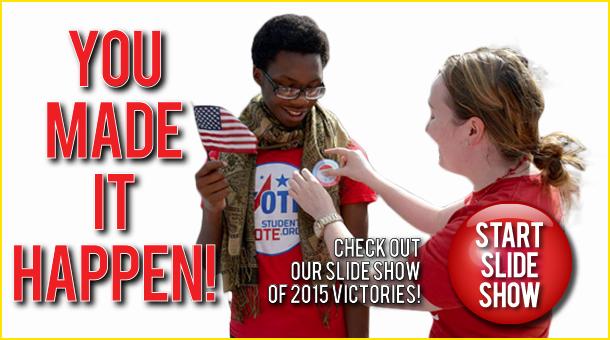 When I was asked to join the League as executive director earlier this year, I jumped at the chance.

First, because the League of Women Voters isn’t just another organization. It’s a trusted and a treasured legacy handed down from one generation to the next over 95 years.

And second, because the mission has never been more critical to the integrity of our democracy—not with the flood of money from billionaires drowning out the voice of the people and a weakened Voting Rights Act allowing new obstacles to be erected between millions of marginalized voters and the ballot box.

To celebrate the League’s 95th year Making Democracy Work®, we’ve put together a brief slide show highlighting some of the victories you helped us win in 2015.

I’m enormously proud to help lead this extraordinary organization—and especially to be associated with dedicated supporters like you.

On behalf of all of us at the League, thank you so much for standing by our side!

Learn more about how we fought to keep power of our democracy in the hands of the people this year!

I hope you share my sense of pride in everything we’ve accomplished together, and I hope we can count on your continued commitment through the tough fights to come in 2016.