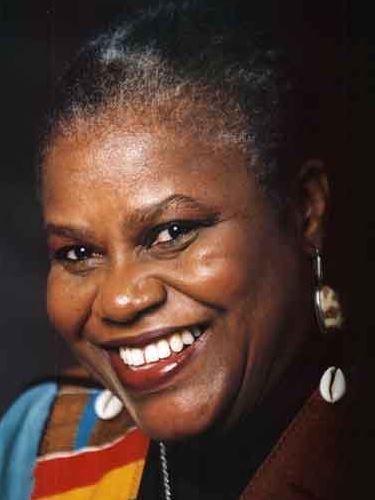 “Struggling myself don’t mean a whole lot I come to realize/That teaching others to stand up and fight is the only way my struggle survive."
- Bernice Johnson Reagon and Sweet Honey in the Rock, “Ella’s Song”

Reagon’s unique blend of activism and music were shaped by her Southern Baptist upbringing, including her involvement in her hometown church in Albany, GA. But it was not until she became involved in the civil rights movement that she realized the power of her own voice in the struggle for equality. In 1961, Reagon was arrested for participating in a civil rights march in Albany, GA. In an interview decades later, Reagon said that it was only after her release from jail and return to civil rights organizing that she realized the profound meaning of the civil rights songs she had heard her whole life.

After her release from jail, Reagon emerged as a song leader in the civil rights movement. She helped found the Student Non-Violent Coordinating Committee’s (SNCC) Freedom Singers. On behalf of both SNCC and her local NAACP chapter, Reagon participated in voter registration drives and anti-segregation protests. Over time, her powerful singing voice became an embodiment of the shared pain of the African American community. In 1973, she founded the award-winning, all-female a cappella group, Sweet Honey in the Rock, which has performed at the U.N. World Conference on Women in Beijing and toured the world sharing its social justice and activism-driven music.

Miller closed his presentation on Reagon with a timely reminder to heed the words in her songs. As Reagon sings, "We who believe in freedom cannot rest."