The Birth of the Namesake of Gerrymandering 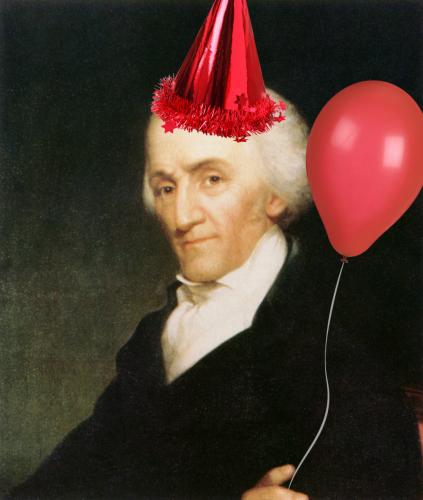 This July 17th, a day that usually goes unnoticed by many, is the birthday of a man who vastly impacted the American electoral system. Elbridge Gerry served as a member of the Massachusetts legislature, member of Congress under the first Constitution and the Articles of Confederation, the Governor of Massachusetts, and the Vice President under James Madison. However, his legacy does not lie in his governmental appointments but in his district-drawing abilities. As governor of Massachusetts, he enacted a law redrawing the state’s senatorial districts in a way that over-represented his own political party. The districts drawn were oddly-shaped, and people said that one of them looked like a salamander; thus, the term gerrymandering was born, combining Elbridge Gerry’s last name with the word salamander.

So what does gerrymandering mean today?

Gerrymandering is when whoever creates voting districts, usually a group of politicians, draws the borders of those districts in a way that manipulates election results, favors a certain political party, or silences the voices of certain demographic groups. Gerrymandering is becoming a hot topic with everyone from the Atlantic to John Oliver taking a stab at explaining the concept and its importance. With the 2020 Census around the corner, gerrymandering will continue to be a hot topic.

Gerrymandering exists and affects election results at all levels

Redistricting, or re-drawing the borders of voting districts, is usually in the hands of state government. Typically, the part that controls the state government will draw districts that favor their elected officials or candidates. Currently, more state governments are controlled by the Republican Party than the Democratic Party, and as the Washington Post says, they are getting “really good at it”.

The President of the League of Women Voters, Chris Carson, told the New York Times that “Both sides do it when they have the opportunity, and it has a long and glorious history. . . But it’s got to stop.” People in this country who identify with both sides of the aisle should be better educated about gerrymandering and how many Congressional seats are “locked in” to party hands—maybe if people knew which politicians were complicit in partisan gerrymandering, those people would be voted out of office. This is incredibly unfair, yet districts have to be drawn in one way or another, so…

How should we go about redistricting to make districts as fair as possible?

Advocacy groups and concerned voters have proposed a few different solutions to the issue, including examining who controls district maps in the first place. The League of Women Voters updated our position in 2016, and we are calling for states to undergo redistricting processes which restore fairness for every community’s vote. As many states have already realized, independent commissions are a viable way to engage citizens, independent stakeholders, and political figures from both sides of the aisle. By calling for time-bound, geographically informed, and transparent redistricting reform, citizens can hold their states accountable for protecting the power of the vote.