Celebrating the 26th Amendment and the Voices of Young People 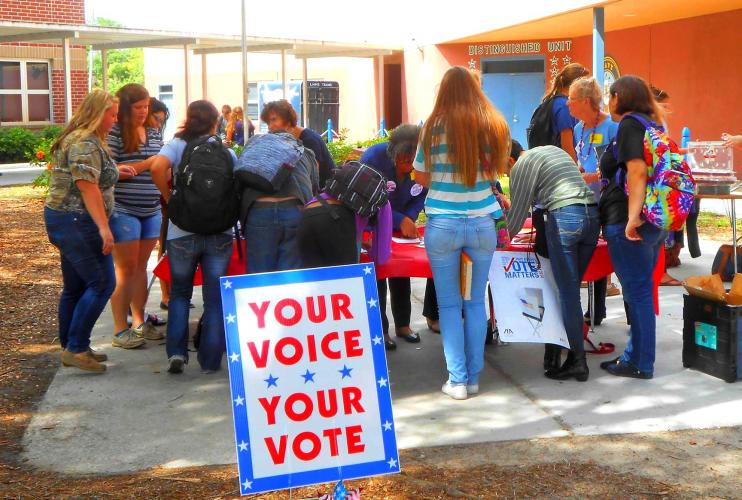 Forty-three years ago today on July 1, 1971, Congress ratified the 26th Amendment to the Constitution. The legislation was a victory for our democracy. In lowering the federal voting age from 21 to 18, the 26th amendment drastically expanded our electorate and increased access to the ballot box.

Like the women's suffrage and civil rights movements, the movement to lower America's voting age took years of advocacy. The push first arose during World War II and reached a peak during the Vietnam War, when young men denied the right to vote were being drafted to fight for their country. Activists tirelessly led grassroots campaigns state by state, raising public awareness and pressing legislators to support their cause. Their hard work paid off: after Congress passed the 26th Amendment in March 1971, it became the quickest amendment ever ratified in American history.

Since it was passed 43 years ago, the 26th amendment has empowered millions of young people to become politically active and help shape our country. Today, 46 million young people ages 18-29 years old are eligible to vote, making up 21 percent of the eligible voting population. Their voices help propel the country forward, bringing new ideas and perspectives to our national dialogue.

The League is dedicated to helping young people have a voice in our nation’s election system. Since 2010, our high school voter registration project has empowered League volunteers in dozens of communities to register tens of thousands of young Americans to participate in our political process by holding voter registration drives in classrooms, outside cafeterias, and more. In major election years, League volunteers also give millions of new voters the tools they need to successfully cast a ballot for the first time, including sharing helpful resources like the League’s nationwide election information website, www.VOTE411.org.

Help celebrate the 26th amendment by updating your voter registration record or encouraging the young people you know to register to vote today. You can also sign up to participate in National Voter Registration Day on Tuesday, September 23, when hundreds of Leagues and partner organizations across the country will hold events to register voters at schools, at work, in their neighborhoods and online. With your help, we’re Making Democracy Work® by making sure our youngest voters have a voice on the issues that are most important to them.

Changes to election laws due to COVID-19 creates an opportunity for election reform in some southern states.