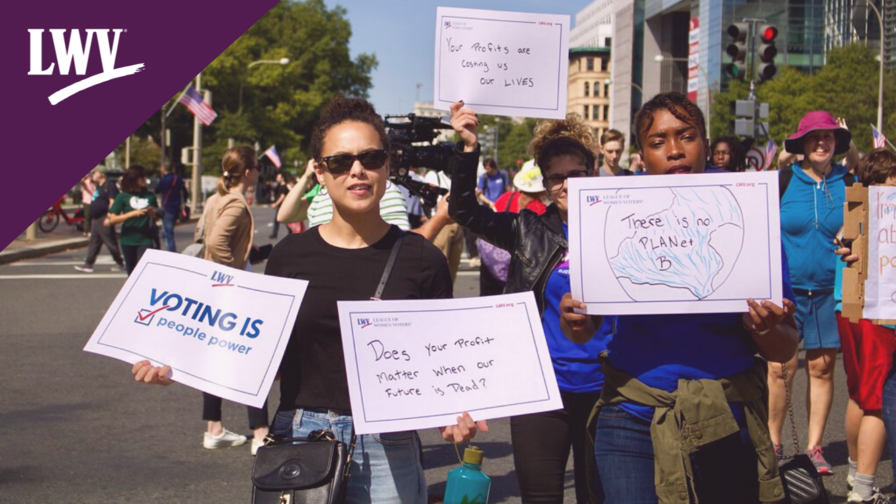 Prepared by members of the League of Women Voters Climate Interest Group, Water Team and Food, Soils, and Agriculture Team

The assumption that water is both available and safe to drink and that our food supply is adequate may not be true in the future.

Across the United States, we are experiencing the dramatic impact of climate change — severe droughts and wildfires in the West, unprecedented high water levels and erosion in the Great Lakes, rising sea levels with resulting floods and saltwater incursion in the East. Throughout the country, the intensity and frequency of severe weather events like heatwaves, rainstorms, and hurricanes are growing, while temperatures continue to rise.

In the US, most people take for granted that ample food and clean water are, and will be, available for consumption. Yet climate change has already impacted food and water resources here and around the world. Although global warming impacts everyone, within the US, low-income communities and communities of color, have been experiencing the greatest harm.

Climate-related changes to rainfall are causing drought and water scarcity in some areas and flooding in others. Persistent drought stresses trees through lack of water, and with increased temperatures, exacerbates wildfires. An overabundance of rainfall in some regions causes flooding (which is made worse along coastlines by sea-level rise) and push the water table higher. A rise in groundwater level has already impacted septic systems, gas lines, building foundations, and more. Runoff from fires and flooding can carry pollutants, debris, and contaminants into waterways — including drinking water sources.

In every part of the country, it has become apparent that 20th-century strategies for managing water no longer make sense in the face of climate change. 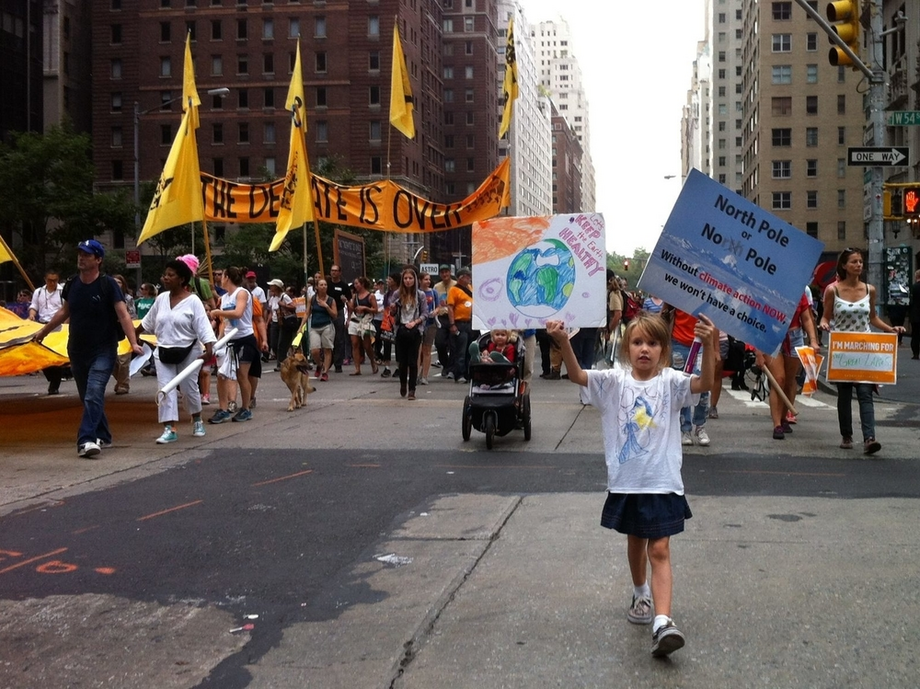 Our nation’s agricultural land covers almost 1,000 million acres – that’s more than 35% of the land area of the US. Agriculture is vital for food security and is an important sector of our economy.

Climate change makes farming harder. More frequent and severe storms, flooding, drought, and changing weather patterns are occurring because of climate change. Combine those impacts with unexpected swings and an overall increase in average temperatures and it’s very tough for farmers. Information like when to plant, when to harvest, and what crops to rotate is changing quickly. Loss of water makes it worse. California, the number one agricultural and food producer in the US, has had to fallow 500,000 to 1,000,000 acres of farmland because of extended drought and decades of over-drafting groundwater.

There is an alternative. If we change farming practices, agricultural land can become a carbon sink, absorbing and storing carbon from the atmosphere. Practices like planting cover crops, changing irrigation practices, and changing to crops with deeper root systems, together called climate-smart practices, can move us to storing, not emitting, carbon. These practices are underway, but full implementation will take time and money. The United States Department of Agriculture just announced it will allocate $1 billion to support farmers, ranchers, and forest landowners to invest in climate-smart practices. Further, California announced last fall that it is committing $1.1 billion towards climate-smart agriculture.

What Can I Do?

We need to act, and act fast.

You can help. Get involved. Ask your representatives and candidates for office questions like these:

You can also learn more about where your candidates stand on important environmental issues by checking out our candidate guides at VOTE411.org. If a candidate doesn't say that they're focused on climate change, call, or tweet them and ask them why.

We only have one world. Let's work together to protect it.

Learn More About Our Work with the Environment