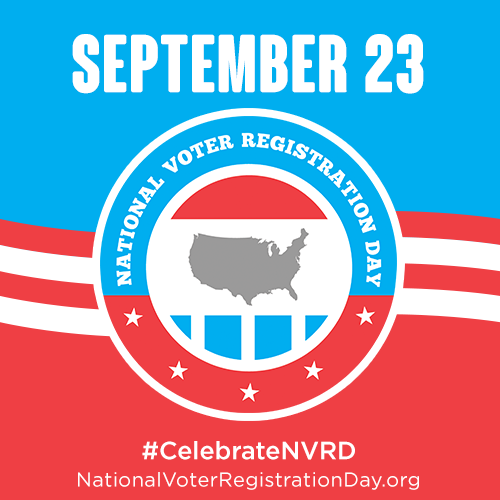 We hope everyone is having an enjoyable summer full of friends, family and fun. But in between those beach weekends and barbeques, we hope you’ll make sure September 23 is circled on your calendar! Can’t wait to see you out there on National Voter Registration Day.