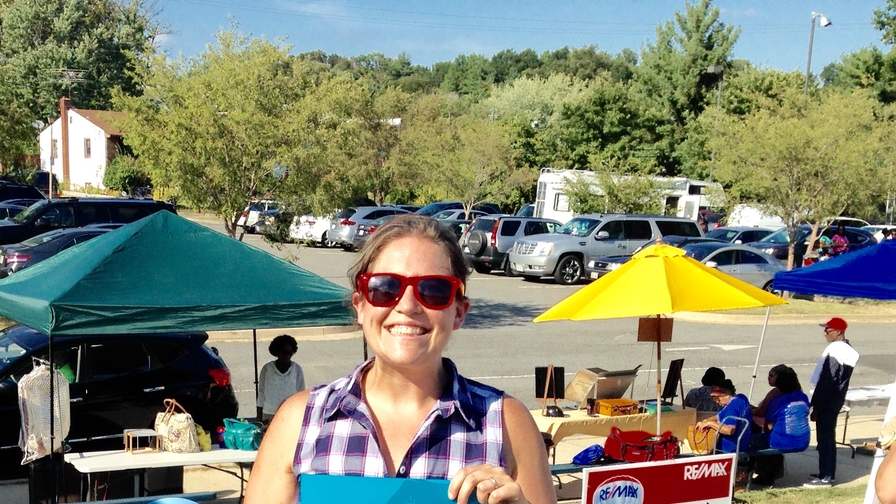 National Voter Registration Day (NVRD) 2015 is over, but we’ll be smiling about the results for a long time to come! Here’s what excited us most yesterday:

The League of Women Voters was once again a major force in the field on NVRD 2015, Making Democracy Work® with more than 260 local volunteer teams getting out in their communities to register new voters. We are in awe of the enthusiasm of all hard-working and dedicated League leaders who volunteered their time yesterday to help empower voters at high schools, college campuses, grocery stores, libraries and transit hubs. In other places, our Leagues helped drive traffic to online registration portals, fast becoming the most secure and efficient way for voters to register or update their voter registration.

Partnership was the theme of the day.

Again this year, we were thrilled to see National Voter Registration Day partners leverage their collaborations for maximum effect. In Houston, our League volunteers teamed up with their local ABC and Univision affiliates for an evening rush Twitter Fest featuring a digital voter registration drive. And in White Plains, New York, our League volunteers hosted not one but five registration events around town, partnering with the White Plains/Greenburg NAACP, HeadCount, Alpha Kappa Alpha Sorority, Inc.-Pi lota Omega (AKA-PIO), and the Delta Sigma Theta Sorority, Inc. Westchester Alumnae Chapter to get the word out. Following NVRD, the White Plains League will be running fifteen digital billboards around the city to help get out the vote before November!

Partnerships like these can help organizations of all backgrounds come together and maximize their reach to new and potential voters before next year’s presidential election. Yesterday and always, we are grateful for our thousands of committed and inspiring partners across the country.

For one day, at least, political preferences took a back seat.

In an era when political adversaries seem to find less and less to agree on, we were thrilled to see elected leaders from all backgrounds embracing the values of National Voter Registration Day. I’m honored to sit on the NVRD National Steering Committee alongside two Secretaries of State, Alabama Secretary of State John Merrill and Minnesota Secretary of State Steve Simon, who provide bipartisan representation on behalf of the National Association of Secretaries of State. Across the country, many chief elections officials hosted events, made exciting announcements and encouraged voter registration yesterday. We were also happy to see political parties, elected officials and candidates from all sides of the political spectrum embracing the idea of registration and voting for all.

Everybody, from regular people to President Obama, had a role to play.

National Voter Registration Day always has had something for everybody—and yesterday was no different! One of my newest coworkers celebrated the day by updating her voter registration and encouraging her friends who’d recently moved to do the same. Pop culture icons used their social platforms to spread the message of voter empowerment.  And President Obama put the full support of the White House behind the day, launching a series of voter education messages and offering an official declaration in support of National Voter Registration Day.

Thanks to everybody who helped #celebrateNVRD and made National Voter Registration Day 2015 a success! We’ll see you next year.