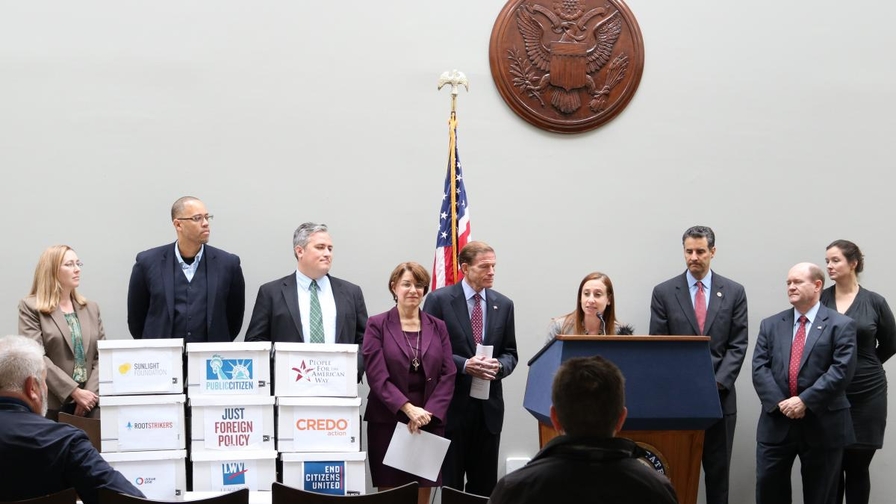 Every American has the right to know who is paying for online political ads, whether it is organizations with ties to foreign governments or wealthy special interests at home.

This morning Jeanette Senecal, Senior Director of Elections, joined other grassroots and good government organizations; Senators Klobuchar, Blumenthal and Coons; and Representatives Sarbanes and Kilmer to speak at a press conference urging the Federal Election Commission (FEC) to require online political advertisements to disclose their sources of funding.

Our transparency rules around electronic communications are outdated. Currently, while communications methods such as telegrams and typewriters are mentioned, the internet—where 65% of Americans say they received information from during the 2016 Presidential election—is not. Online advertisements play a huge role in the information people are exposed to and Americans have the right to know who is funding such advertisements.

Together, the organizations involved delivered more than 150,000 signatures to the FEC—more signatures than have ever been collected on this issue before. In fact, due to record-breaking traffic, the FEC has extended the comment period through Monday, November 13 (so, make your voices heard!).

The Commission should take swift action to put forward updated regulations that require online campaign ads to meet the same standards as television and print ads, including disclaimers letting people know who is funding them.