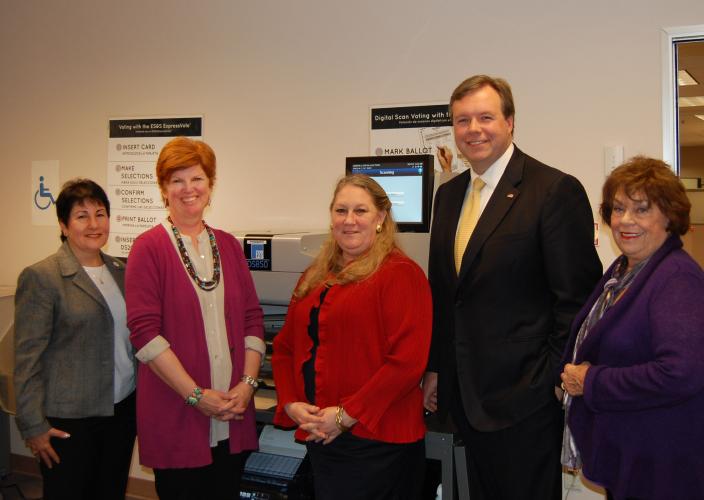 It has been an interesting few weeks as I have traveled first to Wisconsin, then to Texas, and most recently to Virginia. In all three states, the League has been working, often in conjunction with elections officials, to prepare voters to present voter photo ID at the polls this election. Luckily, in Wisconsin, the U.S. Supreme Court gave a reprieve for yet another election. In Texas, despite a ruling at the trial level that the ID law was discriminatory, the U.S. Supreme Court allowed the state to proceed with its unfair and onerous photo ID law.

In Virginia, voter photo ID will be required for the first time and as many as 200,000 eligible voters may not have the requisite ID. While this data is very troubling, the approach of state elections officials in interpreting the new state law has included a broader range of accepted forms of ID than in other states. Additionally, state and local elections officials have been working together along with the Virginia League and other organizations to educate voters about the requirement.

During my trip this week, I spoke with elections officials in Richmond and Fairfax, and was impressed that the local governments are working to provide much needed voter education and access to free voter photo ID. Unlike many of the other states with restrictive voter ID laws, Virginia does not require multiple documents before issuing ID, including the free ID.

While their effort to help voters attain identification is notable, I am struck by how much time, effort and money is going into implementing this law that accomplishes nothing but create new barriers and disenfranchise eligible voters. And, it remains to be seen whether these efforts will ameliorate the impact of this bad law.

My hat is off to our members and their partners, public and private, who are working hard to put voters first this election season. With just under two weeks to go, there is still much work to be done to turn out voters, whether through early voting or on Election Day, and I am proud that Leagues are busy doing this vital work.

"Politicians have no business standing in the way of our right to vote."