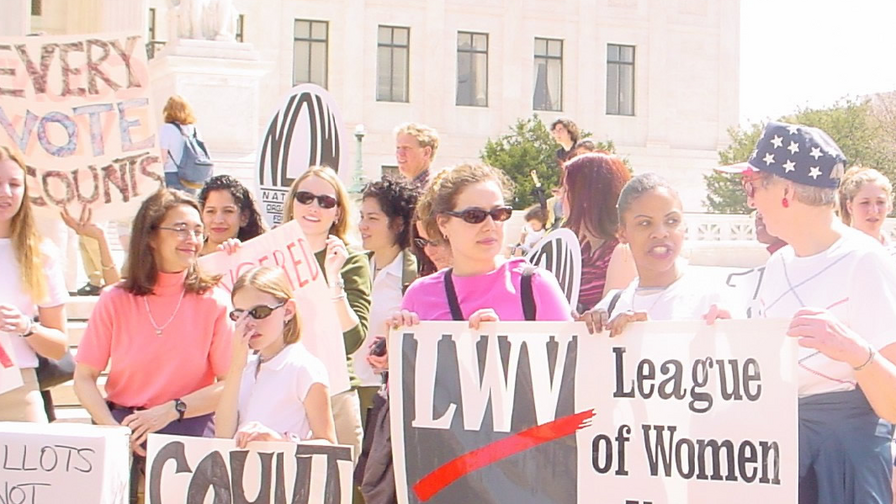 Prior to the November elections, media attention began to focus on an often overlooked population impacted by voter suppression measures: women. Voting rights advocates raised grave concerns over new evidence regarding how photo voter ID laws – which are increasingly being rolled out across the country – restrict women’s access to the polls. This adds women to the long list of populations –including low-income, minority and elderly voters – that are disproportionately affected by voter photo ID laws.

Voter photo ID laws are particularly costly and burdensome for women in part because roughly 90 percent of women change their legal name upon marriage or divorce. According to the Brennan Center, 11 percent of eligible voters do not have a government-issued photo ID, and only 48 percent of voting-age women have a birth certificate that accurately reflects their current name.

The story of 78-year-old Alberta Currie offers just one example of the suppressive nature of photo ID laws. Currie, who is the great-granddaughter of a slave, was born in North Carolina by a midwife and lacks a birth certificate. As a result, she cannot obtain a voter photo ID, which North Carolina is seeking to require to voteas early as its 2014 midterm elections.  For Currie, and the thousands of voters like her, the steps to update or acquire a voter photo ID are far from easy. The onerous process can require travelling to a local government office – a particularly difficult task for rural or disabled voters – and shelling out money for the necessary documentation, such as an original copy of a birth certificate or marriage verification documents. Even though government-issued voter photo IDs are meant to be free, the fees associated with acquiring them creates a heavy tax – particularly for women, a population that is already economically disadvantaged and overwhelmingly more likely to live in poverty than men.

Bubbling concerns over the effect of voter photo ID laws on women’s voting rights are largely a result of the push by states to implement voter photo ID requirements – a move closely related to the Supreme Court’s move to gut the Voting Rights Act this past June. Fortunately, Leagues across the country are taking action. Earlier this year, the League of Women Voters of North Carolina (LWVNC) filed suit to stop the state from enforcing its newly passed voter photo ID law. Called the most suppressive voting law in decades, the League, and Alberta Currie are among the suits plaintiffs. This past election cycle, League members across the country spent countless hours helping voters understand voting requirements and obtain the documentation they needed to cast their ballots. And Leagues advocates in Wisconsin and Pennsylvania remain dedicated to combatting voter photo ID bills in court.

At the same time, a broad coalition – including voting rights advocates, women’s rights activists, legal scholars and civil rights experts – is speaking out against voter photo ID laws and their negative impacts on women, seniors, students and minorities. Advocates like President Bill Clinton and Representative John Lewis continually point out the many similarities between voter photo ID laws and America’s dark history of discriminatory Jim Crow laws. Luckily, some decision makers are seeing the light. Earlier this fall, a federal judge in Indiana made headlines when he said that he made a grave “mistake” in upholding a state voter photo ID law that could be used to prevent or discourage voting.

Long recognized as foe of discriminatory voter photo ID laws, the League is committed to working at the local, state and national levels to protect voting rights and equal access to the polls. We’re driven by stories like that of Alberta Currie, who the League of Women Voters of North Carolina is fighting to protect. Having grown up in the Jim Crow south, Currie considers it a matter of personal dignity to be able to vote in person. “My mother always told me not to miss a voting day,” she said.  If I can’t vote…like everyone else it wouldn’t feel fair; it would seem like my vote didn’t count.” For Currie and the thousands of voters like her – women and men alike – the League is dedicated to fighting suppressive voter photo ID measures and protecting the voting rights of all eligible voters.