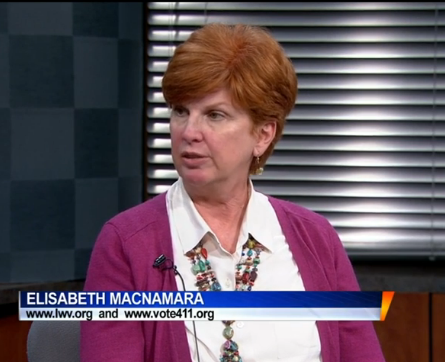 UPDATE: The U.S. Supreme Court has ruled that voters will not need to show voter ID for the elections this year.

The Wisconsin League and all Leagues are well placed to succeed in the important mission of Making Democracy Work®. For nearly 100 years, the League has worked on all fronts to enshrine voting rights, including preventing laws limiting access to the polls while also advocating for laws to make our elections fair, free and accessible. The League also works to ensure voters are prepared to overcome any barriers they may face when exercising their right to vote.

This year, League members in Wisconsin are educating voters through the media, online resources like VOTE411.org and written materials. While there is still some hope that Wisconsin voters will be allowed to exercise their most fundamental right without showing photo ID, the League is taking no chances. And again on Election Day 2014, League volunteers will be monitoring the polls to assist voters and gather information to assist election officials.

I had the privilege of visiting Wisconsin this past weekend to do my part to help protect and educate Wisconsin voters. My trip allowed me to see and learn first-hand, the efforts of Wisconsin League members on behalf of voters across the state. Along with the co-president of the League of Women Voters of Dane County, Ingrid Rothe, we joined a local news show to help educate voters so they will be ready to vote on November 4. I was also honored to attend the annual issues briefing in Madison where League members from around the state gathered not just to learn about critical issues impacting education, environmental protection and local government in Wisconsin, but also critical information for their communities about voting in the upcoming election.

League members understand how important every election is and just how critical the 2014 contest is. Whether in Wisconsin or in any other state in the nation, League members are ready with information vital to voters in this election. We stand together as members of our communities, committed to insuring that every eligible voter has free and fair access to the polls.