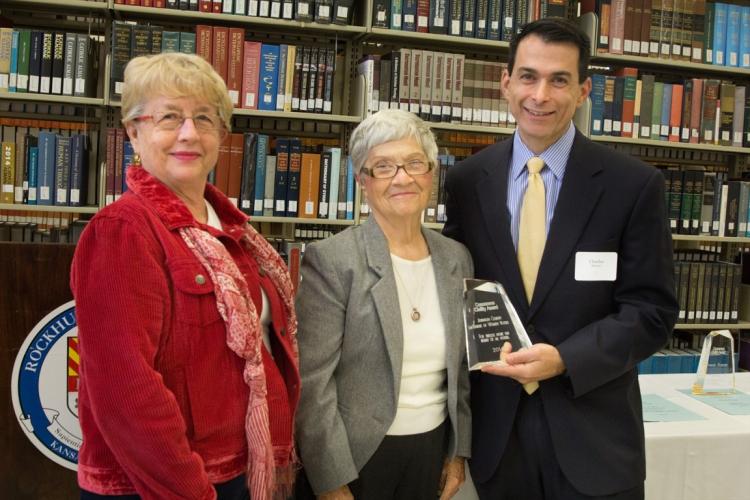 This fall, the League of Women Voters of Johnson County, Kansas (LWVJC) received a 2014 Civility Award for its “tireless work on behalf of all voters.” The award was granted by Consensus, a nonprofit organization dedicated to engaging citizens around public policy issues.

For League co-presidents Diane Kuhn and Ann Norbury, the award represents the Johnson County League’s tireless work “to promote political responsibility through informed and active participation of citizens in their government.”

"In the field of politics, where civility is a vanishing breed, there is no more civil group than the Johnson County League of Women Voters,” wrote the MainStream Coalition in its nomination of LWVJC.

LWVJC is one of nearly 800 Leagues across the country that works year-round to educate and engage citizens in the political process through candidate and issue forums and debates, voter education materials and more.  “…[O]ur goal [is] to educate voters about important election issues…and then to hold elected officials accountable for their votes after they have taken  office,” said Kuhn when accepting the award.  “We will strive to ensure every citizen’s right to vote and ensure the integrity of the voting process.”

This February, the League of Women Voters will celebrate 95 years of helping foster engagement. From registering and educating voters to campaigning at county commission meetings and through the halls of Congress, League members are a powerful force in strengthening our democracy. As we approach our centennial, we couldn’t be more proud of Leagues like the League of Women Voters of Johnson County for empowering their local communities and Making Democracy Work ®!