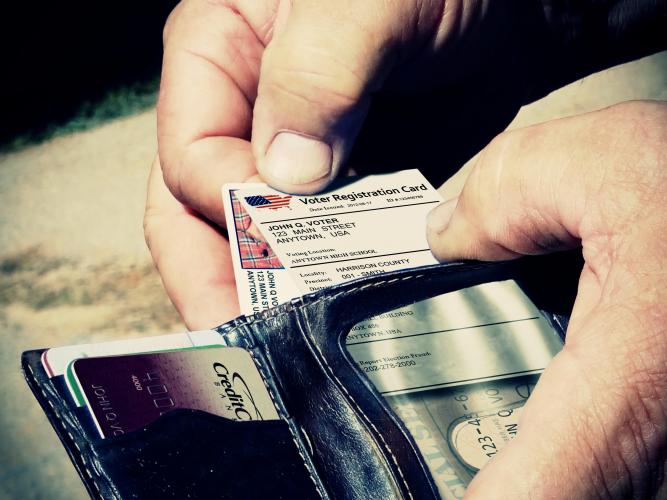 The League of Women Voters is committed to ensuring that our nation’s elections are free, fair and accessible for all eligible voters, which means fighting discriminatory voter ID measures. Research consistently shows that voter ID measures inhibit voting access especially for minority, low-income, women and elderly voters. According to a new study by researchers at Harvard University, election officials routinely discriminate against minority voters, especially Latinos, in regard to voter ID – including in states without voter identification laws.

Along with voting rights coalition partners, the League of Women Voters of Nebraska helped defeat a bill to require voters to provide a state-issued voter photo ID when voting in-person at the polls. A bipartisan vote by 12 Republicans, 12 Democrats and one Independent left the discriminatory voter photo ID bill dead for this legislative session.

Even though government-issued voter photo IDs are meant to be free, the fees associated with acquiring them create a heavy tax on the potential voter and inhibit voting access. According to LWVNE, the Nebraska voter ID bill would have impacted an estimated 300,000 registered voters who do not have a current driver's license or other state-issued ID, including many over-65, low-income, minority and disabled citizens.

Also this past week in Colorado, the League of Women Voters of Colorado helped defeat two proposals to require voter photo ID for voters registering on Election Day or on the days immediately prior. LWVCO testified at the bill’s hearing and sent letters of opposition to the committee. The defeat of the two bills, which would have prevented some Colorado voters from participating in the political process, is a clear win for voters and our democracy.

The League believes that access to the vote is about equality, not politics. The vote in Nebraska proved that protecting the rights of voters is a bipartisan issue. All voters – rich or poor, young or old, black, white, or Latino – deserve a path to the voting booth that is free, fair and accessible. The League is committed to working at the local, state and national levels to protect voting rights and ensure equal access to the polls.