This post was contributed by MaryJane Mudd, President, League of Women Voters of Houston.

Dr. Annie Johnson Benifield, VP of Voter Services for the League of Women Voters of Houston (LWV-Houston), is an early riser. As a political science professor for Lone Star College, she knows the importance of getting her day started before distractions take her off task. When it comes to naturalization ceremonies, where immigrants joyfully become new U.S. citizens, “early” takes on a new meaning for Dr. Benifield.

“I get up at 3:45 a.m.,” says Benifield, who has been registering voters for 20 years. “We need to get to M.O. Campbell Education Center, where the ceremonies take place, by 5:30 in the morning to set everything up. We don’t want to miss even one opportunity to register a new U.S. citizen to vote.”

The dedication by Benifield and approximately 150 LWV-Houston Volunteer Deputy Voter Registrars (VDVRs) helped our League register 31,011 new U.S. citizens to vote in 2019. Volunteers attended all 16 naturalization ceremonies in 2019. That means 16 early mornings followed by hours spent at ceremonies manning tables and scaling the huge auditorium to distribute registrations forms and answer questions for over 2000 people. Following the ceremonies, we spent time ensuring all information was captured correctly so new citizens can vote. 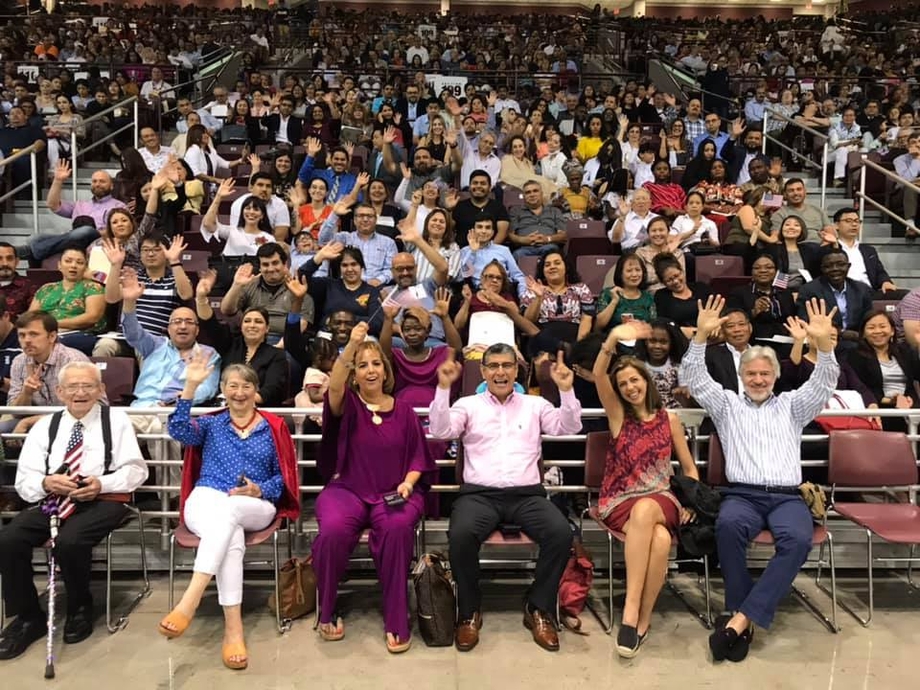 Registering new citizens to vote is hard work, but it used to be harder. “Houston League members spent years standing in the parking lot outside of M.O. Campbell, trying to register new citizens as they were walking to their cars,” said Benifield. “Thanks to those who tirelessly demonstrated the value of our VDVR efforts to authorities including the U.S. Customs and Immigration Services, in 2008 the League secured approval to reach out to new citizens right inside of M.O. Campbell.” As a result, there is a higher percentage of new citizens registered; in 2019, the average was 85 percent per naturalization ceremony.

“It is amazing to watch our VDVRs in action,” said MaryJane Mudd, President of the League of Women Voters of Houston. “You can count on around 40 people at each naturalization ceremony – those who have volunteered for decades because they are so dedicated to empowering voters. Their enthusiasm is contagious as they register new citizens on one of the happiest days of their lives. Truly, our VDVRs help to bring our mission to life.” 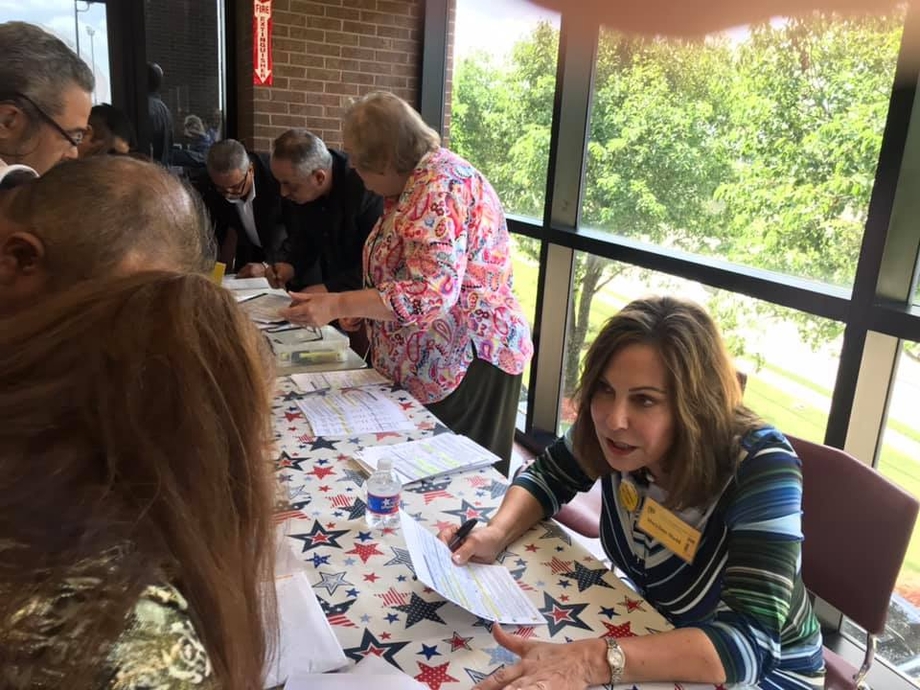 Not only did VDVRs register voters at naturalization ceremonies in 2019, they also spent time registering voters at high schools, colleges, union locations, arts venues, and more.

With an exciting election year now upon us, voter registration will become even more important. Reflecting on this, Benifield said:

“Voting is a fundamental and important right that comes with being a citizen of the United States. Our organization was founded on the belief that every eligible American deserves a say in our democracy. By registering to vote, these new citizens are saying, ‘I am an American.’”

To join the League of Women Voters of Houston, visit www.lwvhouston.org.