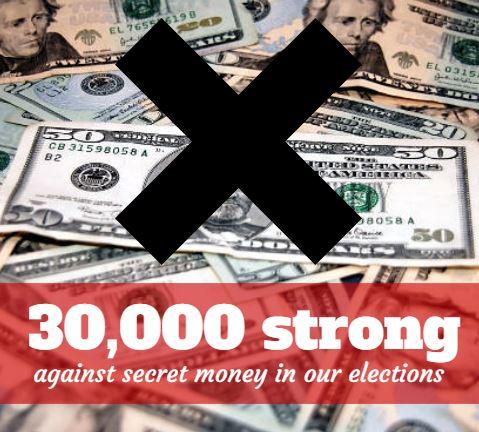 The 2014 election was the most expensive midterm election in U.S. history, due to hundreds of millions of dollars of secret money donated through Super PACs. As a result, the voices of special interest groups are threatening to become louder than those of voters. That’s why we’ve been pushing the Federal Election Commission (FEC) to pass critical campaign finance reforms to protect our political system from corruption.

After months of work, we’re pleased to report that -- with your help -- the League submitted a total of nearly 30,000 public comments to the FEC in support of stopping the flood of dark money into our elections! Our comments called for stricter disclosure regulations as well as narrowing the definition of coordination between candidates and outside groups.

Five years ago this week, the U.S. Supreme Court ruled to open the floodgates to big money and special interest with its decision in Citizens United v. FEC. The result of this decision led to the creation of Super PACs. Today, Super PACs and other outside groups can raise and spend unlimited amounts because they are supposedly “independent” from the candidates. But in reality, there are many ways to coordinate that are not blocked by the FEC’s current weak regulations.

Your comments to the FEC underscore that you believe that Americans have a right to know who is funding our nation’s political campaigns. Americans deserve a democracy that is free of political manipulation – one that is responsive to voters and not big money and special interests.

We’re proud of the thousands of supporters across the country who are fighting for our democracy and pushing back against dark money. The stakes are too high, and the League will not stand by and let our political system be corrupted.  Thank you for weighing in!