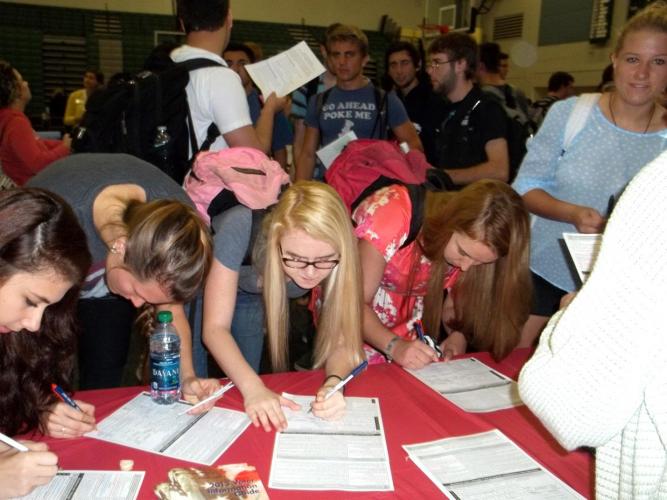 Our smart friends at CIRCLE (the Center for information and Research on Civic Learning and Engagement) have crunched the latest U.S. Census election data related to young people and political participation. While the news isn’t great – the data show that only 19.9 percent of 18-to 29-years old cast ballots in the 2014 midterm elections compared to 42 percent for the population as a whole (PDF) – CIRCLE’s report does underline several can’t-miss lessons for those of us who are gearing up to engage millions of potential voters before Election Day 2016.

First, exciting elections – and issues that matter – get young voters excited about voting.

In the midst of all the disappointing turnout stats, CIRCLE points to noticeably higher youth turnout in both Colorado and Louisiana in 2014. The common denominator? Keeping in line with previous research, both states had competitive statewide races last year. This is a good sign for next year, when close races are expected in many places across the country, not to mention a potentially explosive battle for the White House.

Moreover, no matter who ends up at the top of the ballot, the 2016 presidential campaign promises to take head-on the issues that young people care about, like the economy, health care and economic inequality. In fact, CIRCLE recently looked at past exit polling to find that more than any other age group, young people care far more about the issues at stake than the personal qualities of a candidate.

So as we make our 2016 plans, let’s think about equipping young people to use the power of their vote to weigh in on issues they care about. Here at the League of Women Voters, that starts with voter registration drives in high schools, on community college campuses, at bus stops and at baseball games.

Second, candidates actually need to talk to young people if they want them to vote.

CIRCLE points out that a post-election 2012 survey showed that “young people who reported being contacted by a campaign were 1.4 times more likely to vote than peers who were not contacted by a campaign.” Yet, their 2014 analysis shows that millions of young people who were registered to vote in 2014 stayed home on Election Day. How many of these voters would have shown up if they had actually been told by a candidate or organization that their voice mattered, and that their input was wanted?

Bottom line: reaching out to young people and asking them to vote really counts. We hope the presidential and other candidates are paying attention to these numbers, because we sure are. The League is already working overtime to make sure millions of young people know their vote matters, and that they can get help navigating the election process and learning about the issues from their local League of Women Voters affiliate or through our groundbreaking national online elections resource, www.VOTE411.org.

Finally, we need to keep fighting to make it easier, not harder, for young people to cast a vote.

If you’ve been following the news, you know that the fight for fair and free elections has reached a boiling point in recent years, with an astonishing number of states considering legislation, such as discriminatory and politically-motivated voter photo ID requirements, that could leave millions of eligible voters left out of the process.

As CIRCLE’s prior research notes, these laws are affecting the ability of young people—especially non-college, African American youth and other underrepresented groups  to vote. CIRCLE found that in 2012 states with photo ID laws for voting saw lower turnout among non-college youth. This is in line with what groups like the League have seen in states across the country. For example, in our voting rights trial that just wrapped up in North Carolina, attorneys for the League and our allies demonstrated that thousands of voters were potentially left behind on Election Day 2014 due to the state’s discriminatory policies.

But there is some hope. CIRCLE’s same analysis of the 2012 election found that states with common-sense election reforms in place—in this case, Election Day voter registration—actually saw higher turnout among youth. And even in the face of much anti-voter sentiment in state capitols, we are also encouraged by the many state leaders who are paving the way for inclusive online voter registration, expanded early voting, Election Day registration and other common-sense reforms that will soon make it easier for voters of all ages, but especially young people and other underrepresented groups, to vote.

With each voter we register, we are helping to get as many people participating as possible. Help us make sure no one is left out.