Observing the Historic Passage of H.R. 1 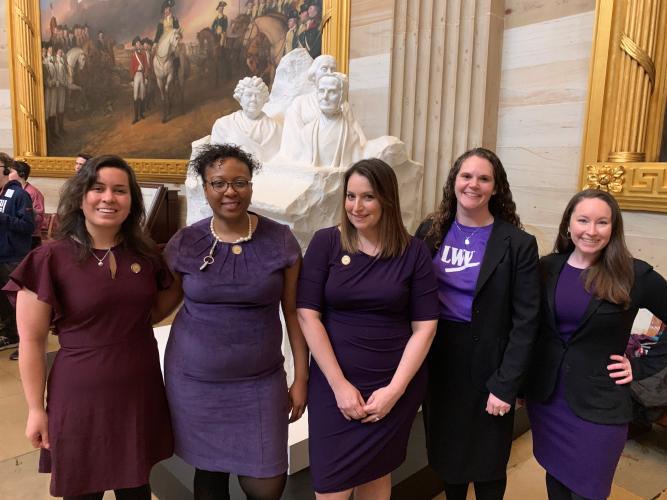 Friday March 8th was a day of firsts, for the 116th Congress and for me.

For the House of Representatives, this was also the first time that a Native American woman presided over the U.S. House. Representative Deb Haaland of New Mexico, one of the first two Native American women elected to Congress last fall, has spent her first few months in office fighting for voting rights. She received a standing ovation in recognition of this historic moment from both sides of the aisle.

For me, this was the first vote I had ever watched from the gallery of the House chamber. One of the first things that I noticed is that the actual chamber is much smaller than it appears on C-SPAN and the voting process is not as formal as I initially believed it was. I expected the voting process to resemble the roll call votes that are used in committee hearings, but instead members use an identification card and press a green or red button. The vote is recorded on a scoreboard-like projection on the wall and then members go back to socializing with other people in the chamber.

The best moment of the day was getting the opportunity to hear John Lewis speak. It was such a surreal moment to see a civil rights icon and national hero go to the podium. Here was a man that has dedicated his entire life to the fight for civil rights and has selflessly served his country for decades. I had watched videos of his speeches but hearing a speech in person was even more incredible than I could have ever imagined. Just listening to the passion and conviction that he speaks with overwhelms you with inspiration and hope for the future. I am so grateful that I had the opportunity to attend such an important day on the Hill.

Watching the passage of H.R. 1, the For the People Act, was a spectacular experience. The League worked to build support for this legislation and shape the bill’s language. Watching it pass was a momentous occasion that I was proud to be a part of the biggest improvement to our democracy since the Voting Rights Act.

The first bill introduced by the 116th Congress will make our election system more free, fair, and accessible to all eligible Americans.