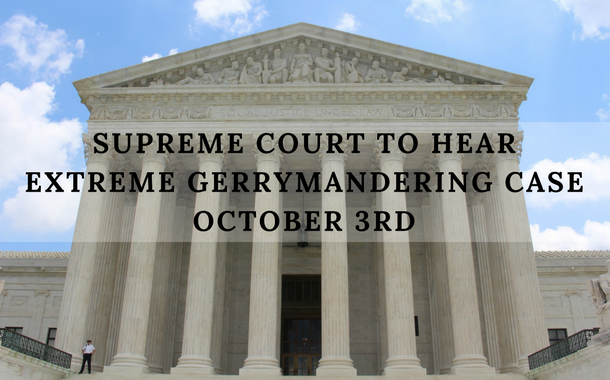 Redistricting happens every 10 years after the U.S. Census is complete. Electoral maps are drawn to account for population shifts in states and localities across the country. Depending on the laws in each state, the process of drawing lines or redistricting can be done by the state legislature, an independent commission or with the approval of the judicial system. The League works to promote transparent and accountable redistricting processes and to end hyper-partisan practices that don't benefit constituents.

The challenge at the center of this case is over whether the Wisconsin legislature went too far when it drew lines that gave a huge advantage to one political party over the other. When politicians and special interests draw lines that keep themselves or their political parties in power, they disregard the most fundamental liberty of the American people: the right to freely choose our representatives through voting. This is often referred to as “gerrymandering.” Partisan gerrymandering is worse now than ever before and the resulting dysfunction, mistrust and public policies don’t reflect the will of the voters.

The League has filed an amicus brief in this case. The brief argues that partisan gerrymandering violates the First Amendment and the Equal Protection Clause of the U.S. Constitution and points out that traditional redistricting principles – such as compactness, contiguity, and respect for political subdivisions – have no constitutional foundation. Deferring to such traditional principles would put the focus on form over substance and thus would allow intentional and extreme political gerrymanders if the map's appearance seemed “normal.”

The opinion of the court in this case will have ramifications on the next round of redistricting that begins after the 2020 Census. If the Supreme Court can set clear standards for how much partisanship is too much, they will be giving state legislatures a clear path to follow if they wish to prevent future challenges to redistricting maps. More importantly, the Supreme Court will be able to create ground rules that safeguard our fundamental right to vote and have it count.

It’s past time to stop depending on politicians to draw districts that benefit themselves. The League believes that Congressional districts and government legislative bodies should be apportioned substantially on population and apply the principal “one person, one vote.” We also believe that redistricting should not dilute the effective representation of minority citizens and that efforts that attempt or result in partisan gerrymandering should be opposed. A decision in this case will be announced by June 2018.