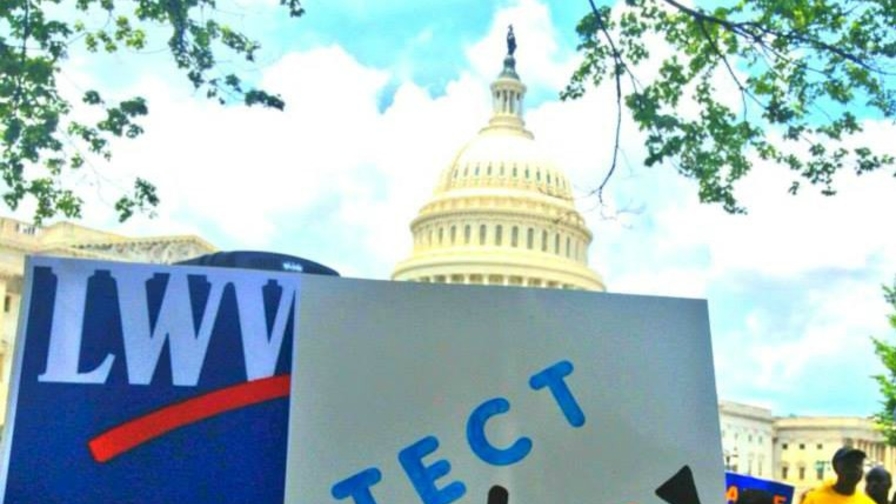 Earlier this month, both chambers of Congress recessed so that members could focus on the upcoming elections. But when they left Washington, DC, they also left behind a lot of work, including helping prevent voter discrimination by moving the Voting Rights Amendment Act (VRAA) forward.

Over the past year, the VRA for Today coalition, which is comprised of over 50 national organizations, has led the cause to restore the Voting Rights Act, or the VRA. On Wednesday, September 17, members of the VRA for Today Coalition held a press conference to continue to emphasize the strong support for restoring the Voting Rights Act (VRA), following last year’s damaging decision by the U.S. Supreme Court in Shelby County v. Holder. Representatives from the VRA for Today coalition, including the League of Women Voters, were joined by the House Minority Whip Steny Hoyer (D-MD) and Congresswoman Judy Chu (D-CA) to announce the collection of over 500,000 signatures in support of the Voting Rights Amendment Act.

For the past several months, the League has been working alongside our VRA for Today coalition partners to restore voting rights. Local leagues in Virginia created full page ads in local newspapers calling for their Representatives to move the VRAA forward. A local League in Washington put pressure on Rep. Cathy McMorris Rodgers, who serves on the House Judiciary Committee, at town hall meetings by asking her to support the VRAA and move the bill forward within the committee. In addition to localized action, the League has also urged voters to put pressure on their Representatives to hold a hearing on the bill. So when leaders of the VRA for Today coalition sought to deliver a petition with half a million signatures to Speaker John Boehner (R-OH) to show support for the VRAA, it was disappointing to be met by a locked door. This action was symbolic as some Americans will likely be shut out from the voting booth this November due to new discriminatory voting laws passed following the Supreme Court’s decision on the VRA.

Americans being disenfranchised in 2014 is unacceptable, and action must be taken to prevent further voter discrimination. The voices of the people must continue to be heard through phone calls and letters to their Representatives in order to finally bring this act to the floor. When voters stand together they can enact change and it’s about time that we, the people, restore voter equality in America.