Taking to the Streets to March for Families

Today hundreds of thousands of people stepped up to say “Immigrants are welcome here” during Families Belong Together marches across the country. 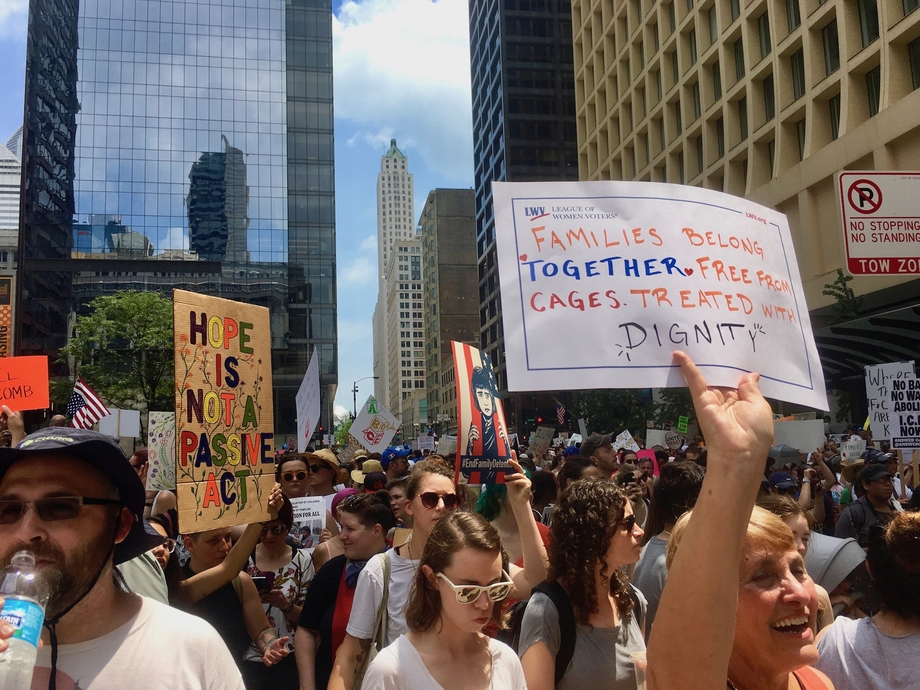 Leagues across the country participated in these marches. In Chicago, League leaders took a break from the National Convention to make signs and march in the Windy City. These advocates demanded that children who have been separated from their families at the border be reunited immediately, indefinite jailing be stopped, and showed their support for legislation such as a clean Dream Act.

Diversity makes our country stronger and immigrant families deserve the same dignity we expect toward citizens of the United States. We must treat those wishing to come to this country with dignity and resist the urge to militarize the border, criminalize immigrants, or threaten the right of due process for all persons. 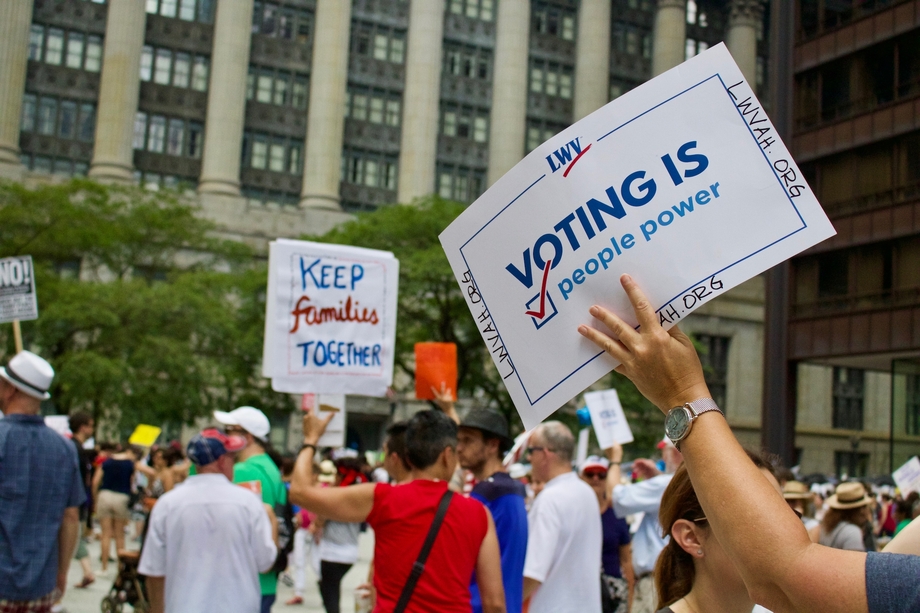 We have been working to urge our lawmakers on Capitol Hill to vote against partisan legislation that do not address the unacceptable acts occurring at our borders but, rather, separate families and detain those looking to enter this country.

Last week, the House failed to pass one of their partisan bills and pulled the other for consideration, and President Trump signed an Executive Order to end family separation. However, this issue is far from resolved.

There is still a tremendous amount of work to be done to reunite these families and ensure their health and safety.  It’s time for Congress to step up and pass the Dream Act now.

Fighting each day for the America we aspire to be

The League joined more than 150 organizations in support of the Humane Enforcement and Legal Protections (HELP) for Separated Children Act and Help for Separated Families Act (H.R. 3451/H.R. 3452).

It’s important we remember the struggles so many go through to become what so many are just born into, so that none of us take the right of citizenship—and all the responsibility that entails—for granted.