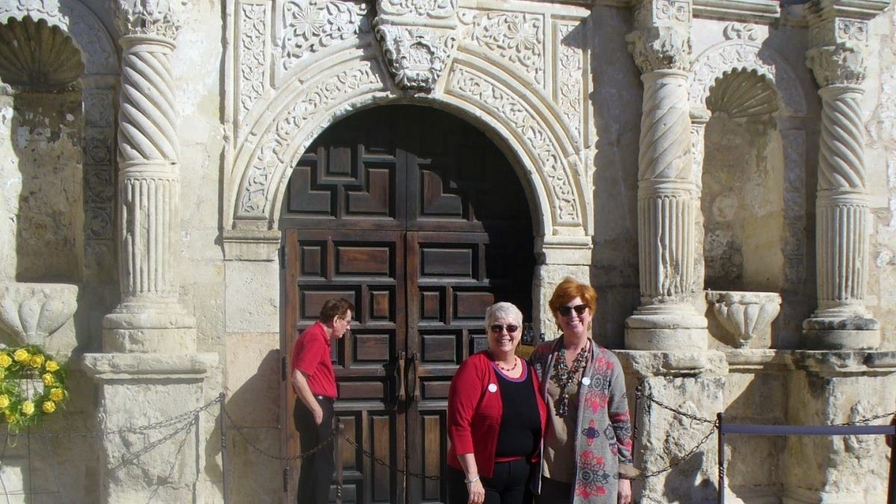 Texas Leagues are Up to the Challenge – Providing Critical Voter Education

On Saturday, after I returned from nearly a week in Texas, the U.S. Supreme Court cleared the way for the state of Texas to demand that voters produce one of only seven forms of photo ID when early voting starts this week. This ruling comes despite an earlier judge finding that the Texas voter ID law is intentionally discriminatory.

Despite this disappointing decision, the League of Women Voters of Texas is ready to provide voters with the information they need to cast a ballot in the 2014 election. In addition to providing voters with information on the required forms of ID and how to obtain one, Texas Leagues have been working hard to insist that the state of Texas provide the education and services necessary to reach as many of the estimated 600,000 eligible voters who lack the necessary ID in advance of this year’s elections.

In Austin, Dallas and San Antonio where I visited last week, election officials are taking a professional approach to training their poll workers, called election judges, and their staff in preparation for early voting and Election Day. The message: don’t let doubts about the ID law keep you from voting. In Austin, I visited Huston-Tillotson University, a Historically Black University, where the Department of Public Safety and the Secretary of State’s Office had set up a mobile unit to issue election identification certificates (EIC) to students and staff who lacked the necessary ID to vote. The League has called upon the state to move more aggressively to provide such services across the state.

Information on voter photo ID is not all the Texas League is providing voters.  The state League, and many local Leagues, are taking full advantage of VOTE411.org and providing voters’ guides online as well as in print. The Dallas League is participating in an intriguing effort to test the best method of providing voter information to Spanish speaking voters. In cooperation with their Election Administrator and Southern Methodist University, the League is mailing Spanish language voters’ guides to a group of voters while the Election Administrator is mailing post card information to another set of voters. On Election Day, students from SMU will conduct exit polls to try to determine whether voters who received one or the other form of mailing were more likely to vote than those who received no mailing at all.

League candidate forums are taking place across the country and Texas is no exception. Last Monday evening I attended a forum in San Antonio for candidates for County Judge, the equivalent of a county commission chair. Every candidate on the ballot took part in the forum. Leagues across the country do everything they can to ensure voters are able to get answers from candidates on the issues that matter most to them, and candidate participation in debates and forums is a key way for Leagues to provide this vital service. When a candidate chooses not to participate, voters are harmed because they have limited information on which to base their decision.

The local media has been a great partner in educating Texas voters. At every turn during my visit to Texas, the media was involved in keeping voters informed of changes to the voting laws and to ensure voters had the information they need.  Local channels have aired candidate debates as well as interviews with League leaders and local elections officials, and a local reporter covered the EIC event on the Huston-Tillotson University campus. Voters in Texas, like voters all over the country, can count on the League of Women Voters in this critical election year.

"Politicians have no business standing in the way of our right to vote."