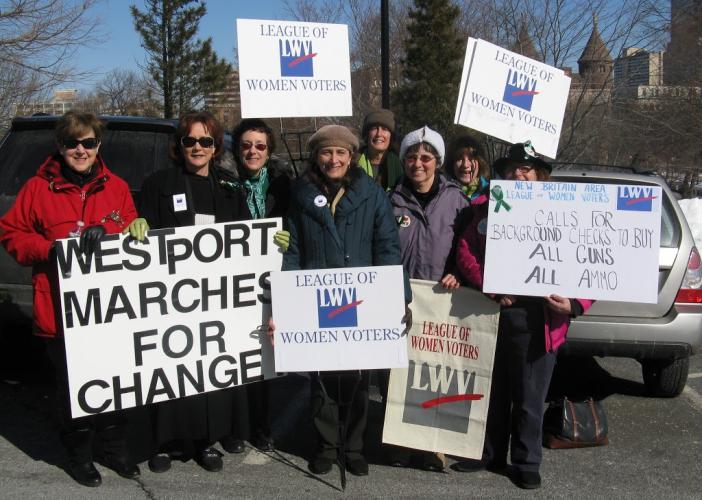 In the days following the December 2012 Newtown tragedy, it became clear to our State League leadership that we would have to plunge into action.  Members from across the state – rural, suburban and urban – began to ask “What are you going to do?” Leaguers who had shied away from our advocacy role now fully embraced it.

LWVCT has a long history of speaking in support of bills to regulate gun access and regulation, and indeed helped pass Connecticut’s 1994 assault weapons ban. However, we did not know from week to week how the legislative process would proceed. As legislative leaders in Hartford struggled to find a way to contain the powerful emotions and begin a deliberative process, we met with our long time coalition partner on gun violence prevention Connecticut Against Gun Violence (CAGV), connected with the new grassroots mothers coalition, March for Change, participated in community forums and listened to our members. Members took charge and became liaisons on gun violence prevention advocacy to their local Leagues and worked with the new grassroots mothers’ coalition. Local leagues organized petition drives and letter campaigns, sought passage of local resolutions, sent letters to the editor, held meetings with their local and state officials, posted on social media and encouraged members and friends to attend the huge March for Change rally for stricter gun laws at the State Capitol in February. 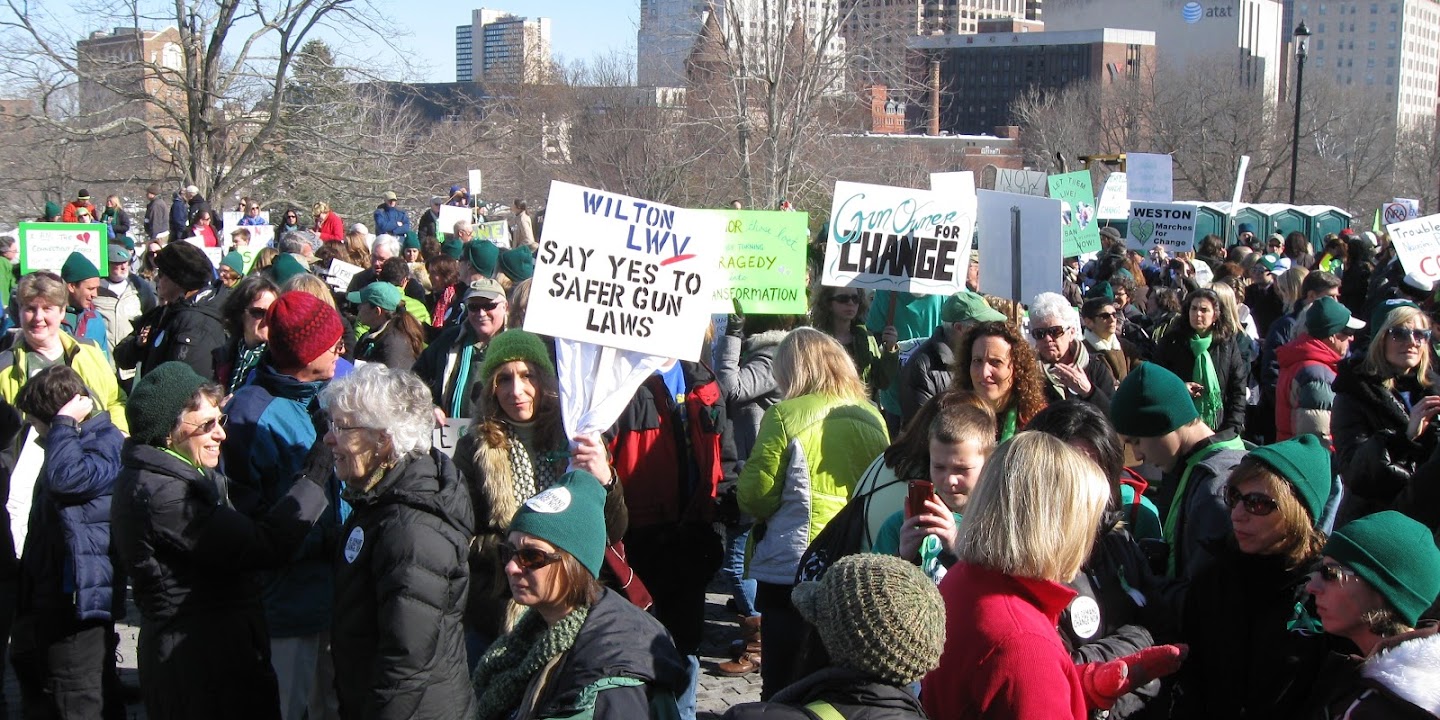 LWVCT rallies for stricter gun laws at the March for Change rally at the State Capitol in Hartford, Connecticut.

For three months, our state legislators faced an onslaught of public attention and contentious debate over gun violence and the related issues of mental health and school safety. They sat through marathon public hearings, responded to ferocious advocacy filling their mailboxes and endured the craze of thousands of people organizing in the state legislative building for public hearings as well as the over 5,000 people who rallied at the March for Change protest at the Capitol. In the end, many said that they had discerned what they had to do from the voices of “ordinary citizens,” rather than from the numerically overwhelming numbers of those with a vested interest in gun manufacturing or the usual antagonists over gun laws.

In the wake of the Sandy Hook tragedy, thousands of residents – formerly the silent majority – raised their voices in the call for changes to our gun laws. League members provided the information and know-how to connect citizens with their officials. With this strong public outpouring, Connecticut’s lawmakers found common ground on gun legislation by putting people first.

It was done in Connecticut, and it can be done in DC if we enable the "silent majority" to speak up and demand change. Working together, we can do it!

In the aftermath of the tragic mass shootings in El Paso and Dayton, LWV joins our partner organizations in condemning white supremacy and demanding real reform to combat hate.

The League sent a letter to the U.S. Senate outlining the policies needed to curb gun violence.

The Fix NICS Act, legislation that will improve and enforce reporting to the National Instant Criminal Background Check System (NICS).