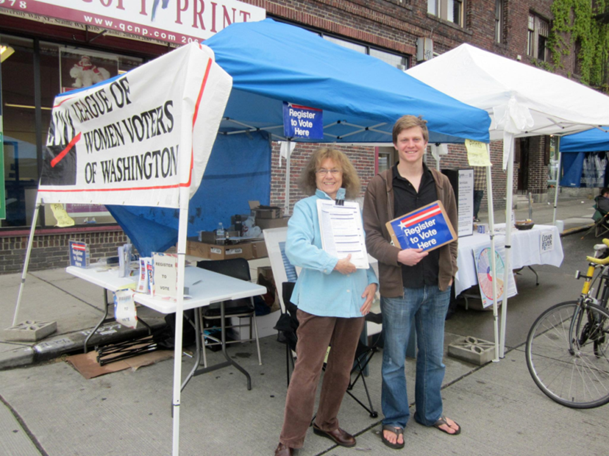 On Monday, the U.S. Supreme Court issued a victory for voters when it struck down an Arizona law requiring documentary proof of citizenship when citizens register to vote. The Court’s decision in the case, Arizona v. The Inter Tribal Council of Arizona, Inc. (ITCA), upheld the National Voter Registration Act (NVRA), which facilitates voter registration drives like those conducted by the League of Women Voters.

The justices’ 7-2 ruling also keeps the voter registration process free from political manipulation by ensuring that states cannot independently change or add additional requirements to the national voter registration form, which was standardized  by the NVRA.  In upholding the NVRA, which the League helped pass in 1993, the ruling is a success in keeping our nation’s democratic system open to all eligible voters. The Court’s decision not only reinforces Congress’s power to protect our right to vote, but it also ensures that Arizona is no longer able to wrongfully reject thousands of voter registration applications from eligible voters.

The Court’s decision protects the very heart of the League’s work – the thousands of independent, citizen-led registration drives that League volunteers hold throughout the country every year. Community based voter registration drives like those held by the League are often the only effective means for citizens to register to vote and participate in our great democracy.

We’re pleased that the Supreme Court has recognized the critical importance of the NVRA, which has helped open the democratic process to millions of Americans in the last 20 years.  At the same time, we must continue to fight against other types of political manipulation of the elections process.  For example, the League continues to fight voter ID requirements, which disenfranchise voters across the country. We also still await the Court’s ruling on the critical voting rights case, Shelby County, Alabama v. Holder, which questions the constitutionality of the Voting Rights Act (VRA) of 1965, the landmark law that outlawed discriminatory voting practices.