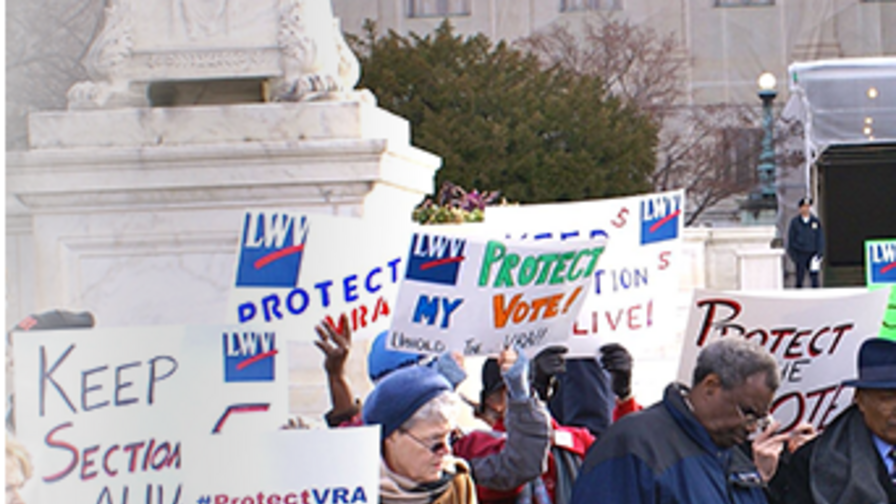 Victory in Wisconsin on Voter ID May Have Broader Implications

What a difference nearly a decade makes. When laws requiring strict, government issued voter photo ID were first introduced in Georgia and Indiana in 2005, the League joined other groups in challenging those laws in court. In both cases, the challenges were filed before the state had actually implemented the requirement, so the challenges necessarily contended that the laws were unconstitutional on their face. The challenges also raised issues under the Voting Rights Act (VRA) of 1965. Neither state’s law was successfully overturned, although Georgia’s law was amended to make it less burdensome for voters.

Challenging a law on its face is always a very difficult thing to do. But, as we have seen over the years since voter ID laws have been applied in these and other states, these laws discriminate. The judges who years ago ruled the Indiana law constitutional are now publicly changing their minds.

This week, a federal judge in Wisconsin ruled that that state’s voter ID law was unconstitutional in denying voters equal protection under the Fourteenth Amendment and that the law violated Section 2 of the Voting Rights Act. While the case will likely be appealed, this was a significant victory not just for voters in Wisconsin, but for voters in every state that has enacted these restrictive laws. Still pending in Wisconsin is the case the League of Women Voters of Wisconsin is appealing to the state supreme court under the state constitution.

But if the recent positive outcomes on voter photo ID laws in Arkansas and Pennsylvania are any indication, our hopes should be high and that after all these years, with all the experience states have had with these laws, that we will prevail in keeping our elections free, fair and accessible to every eligible voter.