Voter Suppression in North Carolina: What’s happening and what it means for our country 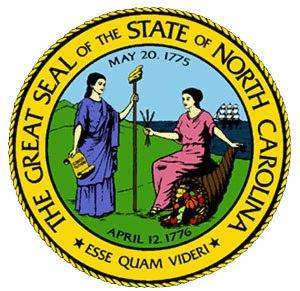 Early this month, a plethora of voter suppression bills were introduced by members of the North Carolina Legislature. The League of Women Voters North Carolina (LWVNC) has been working hard to challenge the bills, which together threaten nearly every advance that state voting rights advocates have made over the past decade.

If passed, the consequences of the restrictions on voting would be dire: Access to the polls by seniors, low-income voters, young people and people of color would be drastically limited, and their participation in future elections in North Carolina would be undoubtedly affected.

Here’s a review of just some of what’s at stake.

Require a government-issued photo ID to vote.
One bill would require voters to show one of eight forms of photo identification or a tribal ID card in order to vote. Studies have found that voter photo ID laws disproportionally affect seniors, people of color, people with disabilities, low-income voters, and students. Data from the State Board of Elections shows that over 300,000 of North Carolina’s currently registered voters lack a photo ID and that paying for IDs would create a kind of poll tax reminiscent of the Jim Crow era. In March, LWVNC testified before the North Carolina Elections Committee that  a voter ID law is costly, unfair and unnecessary, and North Carolinians agree: According to a poll conducted by SurveyUSA and sponsored by the LWVNC and Democracy North Carolina, 72 percent of North Carolina voters think it’s “wrong to pass laws that make it harder for certain people to vote” and most are fine with non-photo ID alternatives.

Eliminate tax credits given to parents if their child registers to vote at an address other than the parent’s home.
Another bill proposes eliminating tax exemptions worth up to $2,500 to parents whose children or dependents do not live at home, a move that would mostly affect parents of college students. The U.S. Supreme Court ruled in 1979 that college students have the right to register and vote where they attend school, yet the bill would penalize families of students exercising this right.

Reduce the state’s early-voting period by a full week.
Another bill would reduce the state’s current two-and-a-half week early-voting period by a full week. Early voting is crucial for America’s democracy: A whopping 56 percent of the 4.5 million votes cast in North Carolina’s November election were made at early voting sites. Evidence shows that early voting helps decrease wait time at the polls, eliminate crowds and provide voters with increased access to the polls.

Require ex-felons to wait five years before having their right to vote restored.
According to data from the Brennan Center, this change would make North Carolina the 12th most restrictive state in the country. North Carolinians that live, work, raise families and contribute to their communities in numerous ways will be denied their right to vote.

Together, this set of bills represents one of the broadest attacks on voting rights we’ve seen this year. And the problem goes deeper than just North Carolina: While the Tar Heel state is currently facing numerous attempts at suppressing the vote, many similar bills are popping up in state legislatures across the country. At the same time, we’re still waiting as the Supreme Court reviews two of the biggest voting rights cases in history, the Voting Rights Act of 1965 and the National Voter Registration Act of 1993, both of which would affect the voting rights of all Americans.

The current Supreme Court cases coupled with the voter suppression bills proposed in North Carolina serve as a powerful reminder that we must continually fight to protect our right to vote. We’re hopeful that other states will follow the lead of civil and voting rights groups in North Carolina, including LWVNC, and continue to push to ensure that our elections are free, fair and accessible for all eligible voters.

Blog
People Powering the Vote: League Leaders and the fight for the VRAA

Article
FY20 Litigation Wrap-Up: A Comprehensive Review of Cases Leagues Are Engaged in Across the Country
BY THOMAS TAI 7/29/2020   COVID-19 has upended America’s election systems. With federal standards varying by state, the election laws throughout the country have widely…
Press Release
Supreme Court Strikes Down Restrictive Abortion Law in Louisiana