Voting as a Dual Citizen 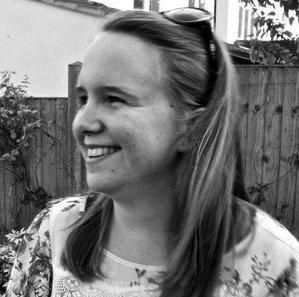 Every election, my mom, a U.S. citizen living abroad, never fails to complete her absentee ballot. Growing up, she always made a point of reminding me of the importance of exercising my democratic right to vote. Likewise, my dad, a British citizen, voted in every election on British soil. The first ballot I was eligible to cast was for a referendum the year following the last general election in the U.K.

Shortly after, I left Britain for my freshman year of college in at New York University (NYU). Arriving at a highly politically aware campus, I knew how important it was to register to vote and exercise my right to vote as a dual citizen. Luckily, schools are a key location where groups like the League of Women voters hold events to register young people to vote.

On my college’s move-in day, among the tables of pizza coupons, school memorabilia and free pens was a table with voter registration forms for New York State. I picked up the form and mailed it back in time to vote in the 2012 presidential election. A couple of months later, I voted in my first U.S. election. Watching the election coverage on the news that night, it was exciting to think that, for the first time in my life, my individual vote had been counted in a general election.

I registered to vote because casting my ballot is the best way to make sure that my needs and opinions are represented. My parents taught me that political participation is a vital part of our lifestyle – whether it’s by voting at a polling place or by sending an absentee ballot from another country. According to the Center for Information & Research on Civic Learning and Engagement (CIRCLE), the lessons our parents teach their children about voting have a huge influence on voter turnout. Children whose parents vote regularly are more likely to continue in their parents' footsteps – and once those habits are formed, young adults continue to vote in subsequent elections. Teaching young people about voting is the gift that keeps on giving!

As a citizen of both the U.S. and the U.K., I believe it is important to be politically engaged in both of the countries that I call home. As young people, we must vote in order to have our needs represented and to make an impact on the local and national stage!

Voting is your chance to choose! Don't miss out. Visit VOTE411.org to make sure your voter registration is up-to-date and learn about voting rules and deadlines in your state. Don’t forget to remind your friends and family to register to vote!