The VRA Arguments from Inside the Supreme Court 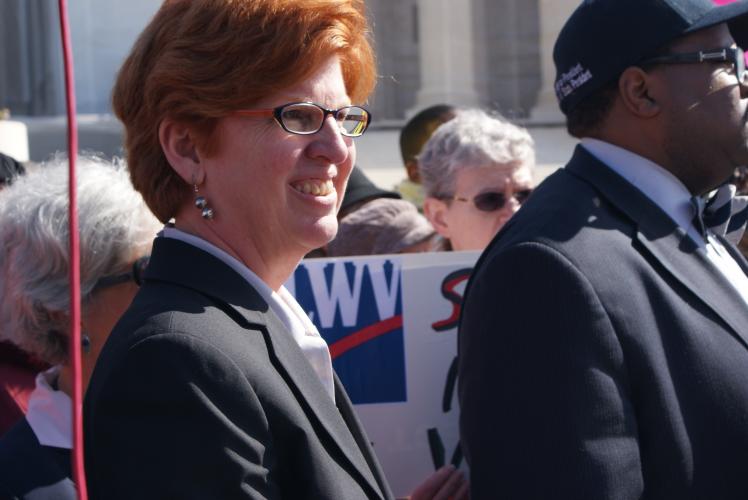 The lawyer’s lounge in the Supreme Court building is a soothing shade of green with high ceilings, large windows and portraits of obscure associate justices from centuries past staring down from the walls. As a general rule, members of the Supreme Court bar who can’t find a seat in the actual courtroom can listen to oral arguments from the comfort of a sofa or armchair ranged along the walls of the lounge. Yesterday, listening to the oral argument in Shelby County, Alabama v. Holder, it was standing room only.

By eight o’clock in the morning, I was already too late to secure a place in the courtroom, but I did get a seat in the lounge. While it was often difficult to distinguish which justice was speaking, it was a treat to watch the reaction of the lawyers in the room, many of whom, obviously, had some stake in the outcome of this case. When Justice Scalia made his now famous comment that the Voting Rights Act is a perpetuation of racial entitlement, the lawyers lounge momentarily erupted in disapproval.

The lawyers arguing the case were peppered with tough questions. Whatever arguments they had prepared were never really delivered as they responded to the justices who often took to addressing each other. Popular wisdom casts Justice Anthony Kennedy as the swing vote in this case and from where I sat, it is impossible to read anything in to Justice Kennedy’s questions other than that he is struggling with the issues in this case.

Emerging from the Court building after the arguments, it was reassuring to see the number of people gathered to support the VRA, including many area members of the League of Women Voters. Speaking for a small podium at the foot of the courthouse steps, many speakers made sure the Court was aware of the significance of this law. When Barbara Zia, president of the South Carolina League and I had a chance to offer the League’s experience over just the past year, we got a warm response.

We won’t know the Court’s decision for some time and it is vital that we keep this issue in the public eye. Whatever differences the justices may have, every member of the Court, except Justice Scalia, agreed that the VRA was one of the most significant pieces of legislation in American history and that the progress we have achieved in making voting free, fair and accessible to every eligible voter is attributable to its provisions. To paraphrase Justice Bryer, racial discrimination is an old disease that has been treated successfully by the VRA but has certainly not been cured. Continuing to administer Section 5 until a cure is achieved is required by justice, history and evidence. When a cure is finally accomplished is not a matter for the Court but for Congress.

Please join the League in supporting the Voting Rights Act by pledging to protect and defend our right to vote.