The Power of Black Women Voters 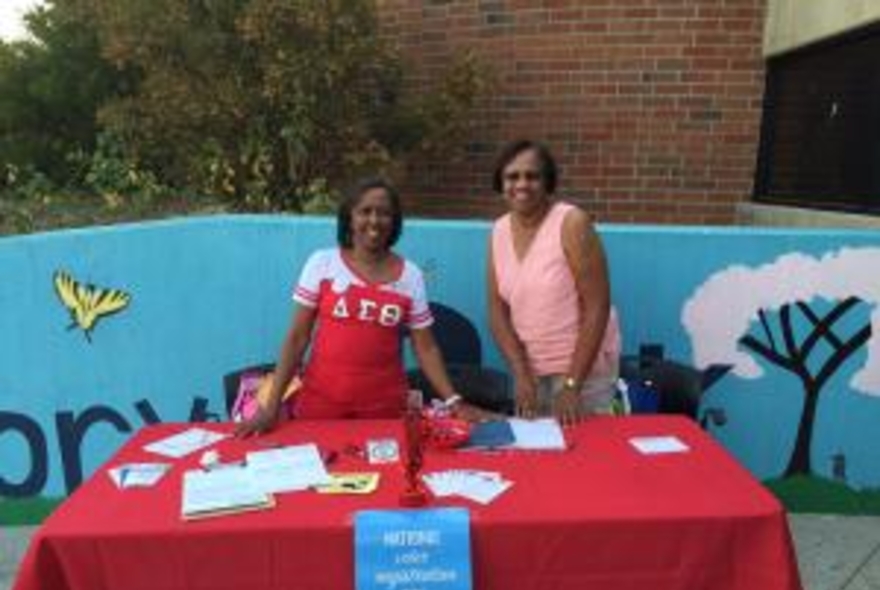 "Now is the time to make our voices heard, to awaken the activist inside each of us, and the most powerful way to do that is to vote."

Black Women Will Decide the Next President

Without a doubt, women will play a critical role in the presidential election this year. In 2012, women overall had a higher voting rate (64 percent) than men (60 percent), according to the U.S. Census Bureau. However, the most powerful group of voters will be African American women. In both the 2012 and 2008 presidential elections, black women voted at the highest rate of any racial, ethnic or gender group. Four years ago, 74 percent of eligible black women went to the polls.

The next president cannot win without the support of black women. But despite our political power—or because of it—our voting right is under siege. Today, more than 30 states have introduced voter suppression legislation, with laws passing in 14 states and laws pending in 8. For example, in North Carolina, where black women made up more than 23 percent of registered women voters in 2012, a League of Women Voters-led lawsuit successfully resulted in a federal appeals court overturning a controversial law that sought to restrict early voting and eliminate same-day registration. Other voter suppression laws enacted by states make it significantly harder for millions of eligible voters to cast their ballots by requiring that voters present government-issued photo IDs in order to vote, cutting early voting hours, taking away the voting rights of ex-criminal offenders, and requiring proof-of-citizenship documents in order to vote. While there have been several key victories to overturn these challenges in recent months, the struggle for full voting rights remains.

Rather than become discouraged, we must use these voting restrictions as motivation. Today is National Voter Registration Day, a nationwide, nonpartisan effort to register thousands of voters in a single day in communities and online. When millions of women head to the polls in November, they will elect the entire U.S. House of Representatives, decide who will fill one-third of the seats in the U.S. Senate, and determine many gubernatorial races. Nationwide, thousands of races and ballot initiatives will be decided. But nearly a quarter of all eligible Americans are not registered to vote, including disproportionately high numbers of young adults, minorities, low-income Americans and those who have recently moved. These are the groups most at risk of being affected by voting restrictions. With so much at stake for all of us this election year, now is the time to ask our family, friends, neighbors and coworkers if they are registered to vote and if their voter registration is up-to-date.

The stakes in this election are especially high for black women and political candidates that want to earn our votes must address the issues that matter most to us: affordable health care, living wage jobs, college affordability and criminal justice reform.

To me, voting is a key form of taking action on the issues that affect our lives. It was the tragic events on June 17, 2015 that awakened my inner activist. On that day, my mother was sitting in church in Columbia, South Carolina when a shooter walked into a church two hours away and systematically murdered nine people.

The Charleston shootings awakened my commitment to standing up for the rights of others and the underserved. And it awakened my desire to engage in the important conversations on the issues that define our society. That commitment is also what led me to the League of Women Voters.

For nearly 100 years, the League of Women Voters has worked tirelessly, day in and day out, to ensure that all eligible voters—particularly those from traditionally underrepresented or underserved communities—have the opportunity and the information to exercise their right to vote. For many Americans, the League is synonymous with candidate forums, voter guides and election protection.

There is still work to be done. Regardless of party affiliation, now is not the time for us to rest on our laurels. Now is the time to make our voices heard, to awaken the activist inside each of us, and the most powerful way to do that is to vote. The next president cannot win without black women.

Visit www.VOTE411.org to register to vote and get information on early voting options, voter ID requirements and candidates running for state house office or higher in every state.

Wylecia Wiggs Harris, PhD, CAE, is the Chief Executive Officer of the League of Women Voters of the U.S.