The League joined a full-page ad in Politico on May 22, 2018. The ad thanks Congressional Champions for standing against attacks on public lands and waters in Alaska. The League will continue to work with Congressional leaders to defend some of the wildest places left in America including the Tongass Rainforest and the Arctic National Wildlife Refuge. 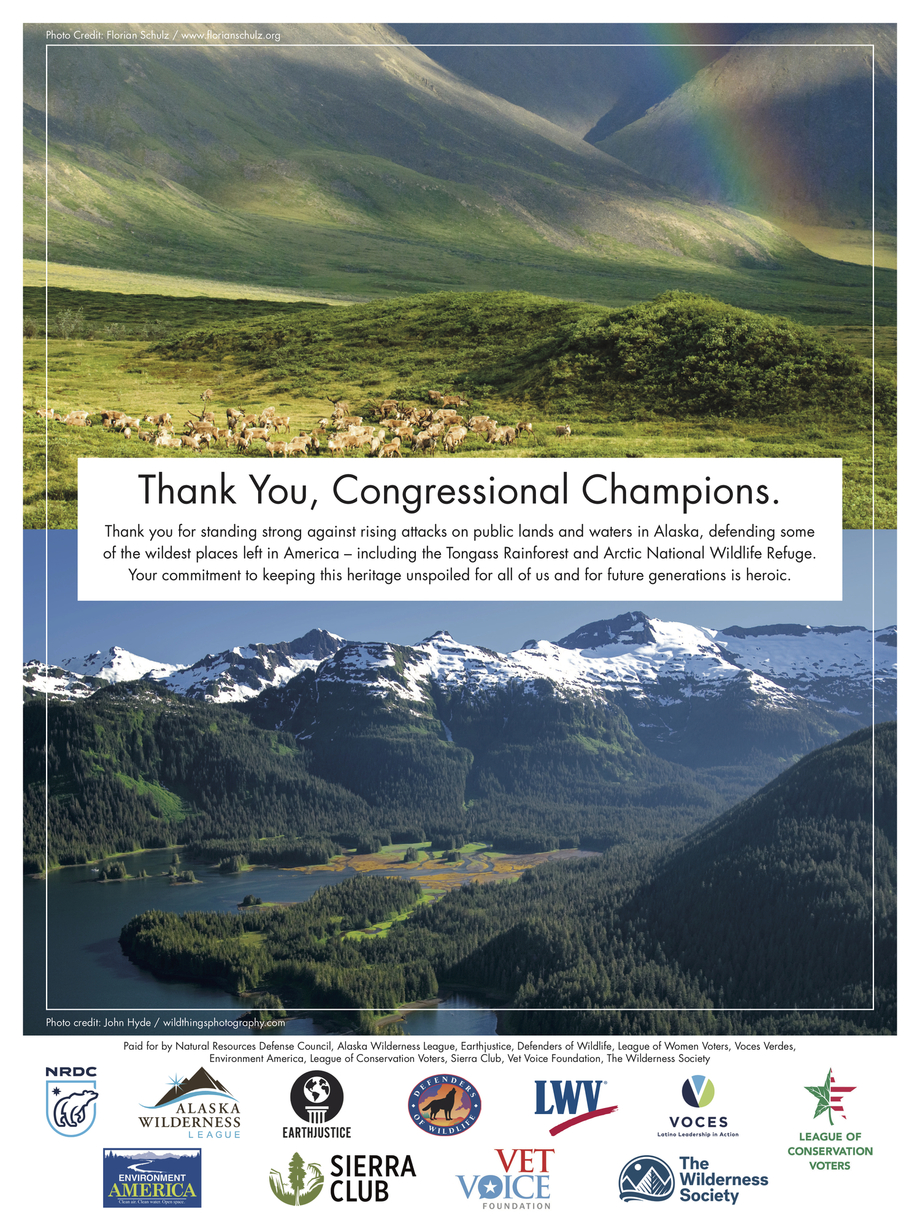