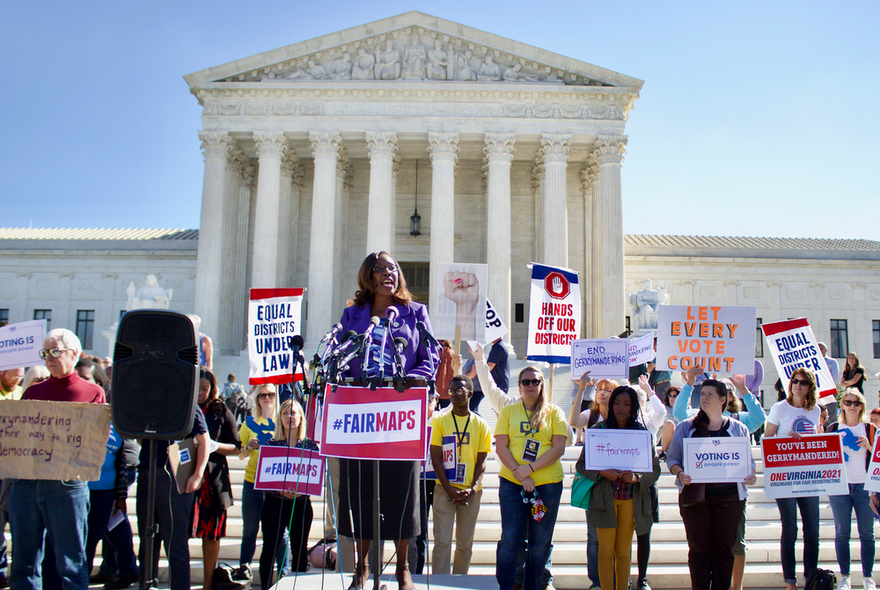 The League sent a memo to the U.S. Senate outlining four questions that should be asked of any U.S. Supreme Court nominee during the confirmation process. The questions cover voting rights enforcement, the role of the federal courts in the Census and the system of checks and balances, and the Equal Rights Amendment.

To: Members of the U.S. Senate

Re: Four Questions for the Supreme Court Nominee

With a lifetime appointment, the incoming justice will touch nearly every American's life when the Court hears the next civil, human, and voting rights cases. With a Court that is currently divided five to four on some of the country's most pressing issues, the incoming justice will likely cast the deciding vote each and every time. Regardless of the issue – access to healthcare, fair elections, equitable education policy, voting rights – the Court plays a critical role in protecting people's rights when all other institutions fail.

President Trump has put forth his second nomination to the U.S. Supreme Court since taking office less than two years ago. This important announcement fell on the 150th anniversary of the Fourteenth Amendment, which protects birthright citizenship, equal protection under the law, as well as the right to due process. The high court continues to interpret these issues.

The President's first Supreme Court nominee began almost immediately after he took office in January 2017. At that time, the League of Women Voters spoke out about just how crucial the president’s first nomination would be because of the long-term and widespread impact it would have on millions of people in the country. Specifically, the League of Women Voters believed that the appointment would play a major role in the course for American democracy and could cause a deeper divide among the court. The Court's recent decisions on voting rights cases have largely either diminished people's rights or stalled clarity around important voting rights, elections, campaign finance, and redistricting issues.

With the gravity of this nomination, the League of Women Voters continues to believe that any Supreme Court nominee must share his or her views on these fundamental issues. We bring 4 questions for the nominee:

The League of Women Voters urges the Senate to explore these four fundamental questions with any nominee before voting to confirm or reject the next Supreme Court justice. The American people deserve to know where a nominee stands on these basic principles as the Court's decisions will affect the direction of our democracy for decades to come.