The League of Women Voters and Candidate Debates: A Changing Relationship 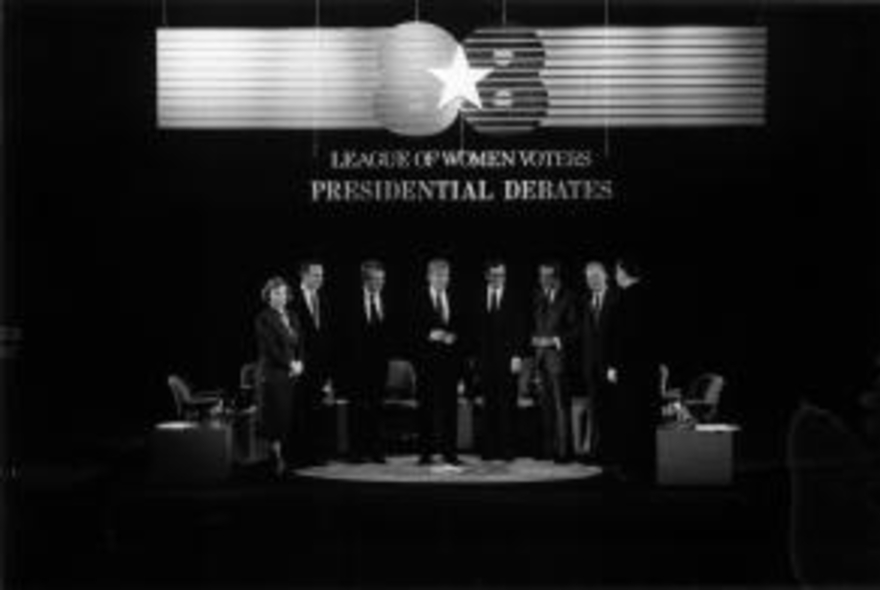 The League continued to sponsor the presidential and vice presidential debates every four years through the 1984 elections. Following that election cycle, the Democratic and Republican national parties came together in a decision to move sponsorship of the debates under the purview of the parties.

Between 1985 and 1987 the League challenged this move and sparked widespread public debate on the matter. The LWVEF argued that a change in sponsorship that put control of the debate format in the hands of the two dominant parties would deprive voters of one of the only chances they have to see the candidates outside of their controlled campaign environment.

In 1987 the parties announced the creation of the Commission on Presidential Debates. The Commission chose LWVEF to sponsor the last presidential debate of 1988, but placed so many rules and restrictions on the possible format of the debate that the LWVEF was finally unable to agree to participate. In a press release at the time, Nancy Neuman, then LWVUS President, stated that the League had “no intention of becoming an accessory to the hoodwinking of the American public.”

State and local Leagues across the country continue to host debates for candidates running at all other levels of government, from U.S. House of Representatives and Senate to statewide offices, to city government and everything in between. The grassroots nature of the League enables us to engage communities in the process by hosting debates and other election activities.

Hosting a debate watching party is one more way that the League can continue to be a catalyst for engaging communities in the election process. Regardless of who is hosting a debate, these offer one of the only opportunities for many voters to see a candidate in action for more time than a sound bite. Use these appearances to look critically at the candidates and to listen to their opinions, as they themselves put their thoughts and proposals into words.