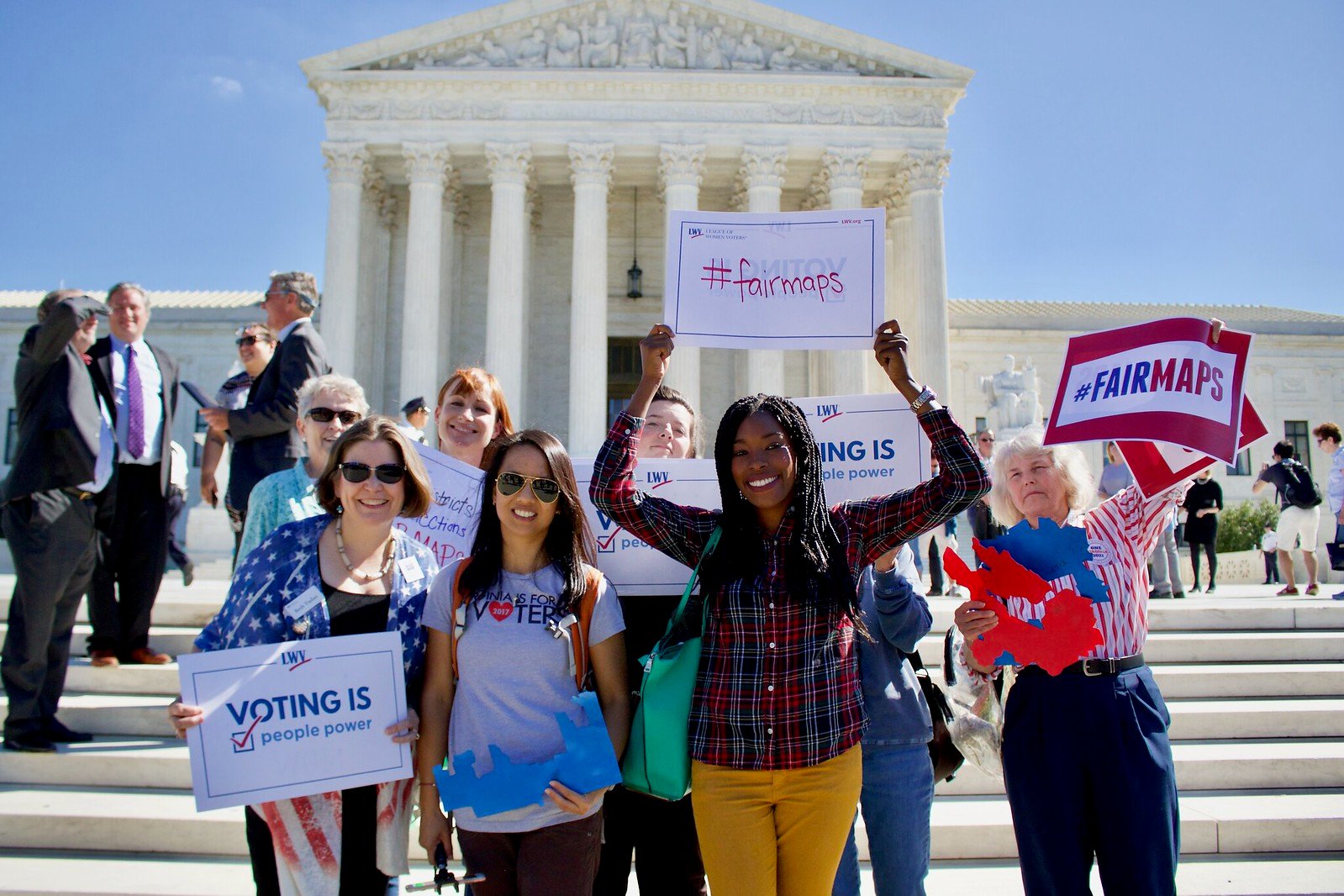 A group of Wisconsin voters filed a lawsuit challenging the constitutionality of the Wisconsin Legislature’s 2011 proposed redistricting map as an unconstitutional partisan gerrymander. The League of Women Voters of Wisconsin filed an amicus brief in the case supporting the challenge to the map.

A group of individual Democratic voters from Wisconsin filed a complaint challenging the 2011 redistricting map that was put forward by Wisconsin’s Republican controlled legislature as an unconstitutional partisan gerrymander in violation of the Equal Protection Clause and their First Amendment freedom of association.

The three-judge panel in the US District Court for the Western District of Wisconsin held that the map was an unconstitutional partisan gerrymander because it displayed both bad intent and bad effect. The court found that the Republican-controlled legislature had used special partisan measurements to intentionally engineer a map that would disadvantage Democrats within the state.

While the case was pending in the district court, the Supreme Court ruled in LWV North Carolina v. Rucho and Lamone v. Benisek that partisan gerrymandering was a nonjusticiable political question, which means that the federal court could not proceed with considering the claims put forward in the case. Following this ruling, partisan gerrymandering cannot be heard by federal courts, leaving state court as the only path for redress.

The LWV of Wisconsin filed an amicus brief in district court and was represented by Stephen J. Schulhofer and Pines Bach LLP. At the US Supreme Court, LWV is represented by Boies Schiller Flexner LLP.

The original complaint challenging the proposed 2011 district map was filed in the US District Court for the Western District of Wisconsin.

The District Court denies the state’s motion to dismiss on the grounds that the plaintiffs had put forward valid claims to be considered.

The League’s amicus brief highlights the damage of partisan gerrymandering to democratic values and voters, while emphasizing how fair maps preserve political accountability and increase faith in government.

The District Court ruled that the discriminatory effect created by the maps was not justified by a legitimate state interest or by the political geography of the state.

The League’s amicus brief shows the practical and constitutional flaws in the state’s defense of the partisan maps.

Supreme Court Opinion dismisses the case for lack of standing and remanded to the District Court.