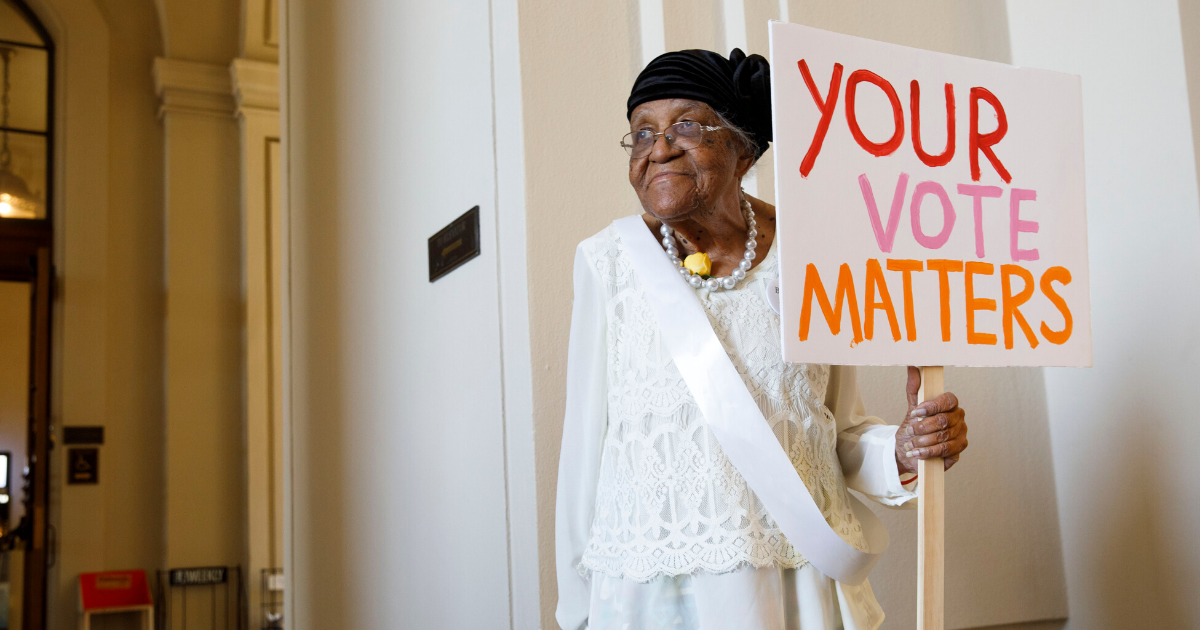 Shelby County was a landmark decision that gutted Section 5 of the Voting Rights Act of 1965 — the most powerful civil rights legislation ever passed. LWVUS filed an amicus brief at the US Supreme Court, arguing the law’s provision of federal oversight of local election procedures was needed to protect voters of color.

In 2010, Shelby County, Alabama, filed a case challenging the coverage formula in Section 4(b) and the preclearance system under Section 5 of the Voting Rights Act of 1965 (VRA). Section 5 of the VRA protected our democracy by requiring jurisdictions with a history of racial discrimination in voting to receive approval of any proposed voting- or election-related changes from the US Department of Justice or a federal district court before they could be implemented.

Shelby County claimed the coverage formula and the preclearance system was an unconstitutional overreach of Congress’s enforcement authority under the Fourteenth and Fifteenth Amendments and a violation of the principle of equal sovereignty under the Tenth Amendment and Article IV of the Constitution.

The US District Court for the District of Columbia upheld the constitutionality of Section 4(b) and Section 5. In the opinion, the district court cited evidence of continued racial discrimination in voting and ruled that it demonstrated a continued need for the protections provided by the Voting Rights Act. Additionally, the court noted that there was more overwhelming support for the reauthorization of the Voting Rights Act in 2006 than upon its original passage in 1965. The US Court of Appeals for the District of Columbia upheld the district court’s ruling and reasoning.

In November 2012, the US Supreme Court agreed to hear the case. The League of Women Voters joined an amicus brief led by the Leadership Conference on Civil and Human Rights in support of the preclearance protections in the VRA. Our brief argued that the invalidation of Section 5 of the VRA would pose substantial risks to voting rights and highlighted the overwhelming evidence that Congress cited during its reauthorization of the law in 2006.

In June of 2013, the Supreme Court held that the formula in Section 4(b) was outdated and could no longer be used to enforce the Section 5 preclearance system. The Court invited Congress to enact a new coverage formula. Following the ruling, many of the previously covered jurisdictions enacted anti-voter bills that would have been struck down under the preclearance system, including Alabama. The ruling is widely cited by voting rights activists and experts as one of the largest setbacks for voting rights in modern history.

The League was represented by The Leadership Conference on Civil and Human Rights and Goodwin Procter LLP.

Shelby County, Alabama, files a federal lawsuit in the US District Court for the District of Columbia.

The US District Court for the District of Columbia upholds the constitutionality of Section 4(b) and Section 5 of the Voting Rights Act.

The U.S. Court of Appeals for the District of Columbia Circuit agrees with the district court and upholds the constitutionality of Section 4(b) and Section 5 of the Voting Rights Act.

Appeal to US Supreme Court

The case is appealed to the US Supreme Court.

Petition for a writ of certiorari

US Supreme Court agrees to review

The US Supreme Court grants petition to review the case

US Supreme Court rules that the Section 4(b) formula is unconstitutional.