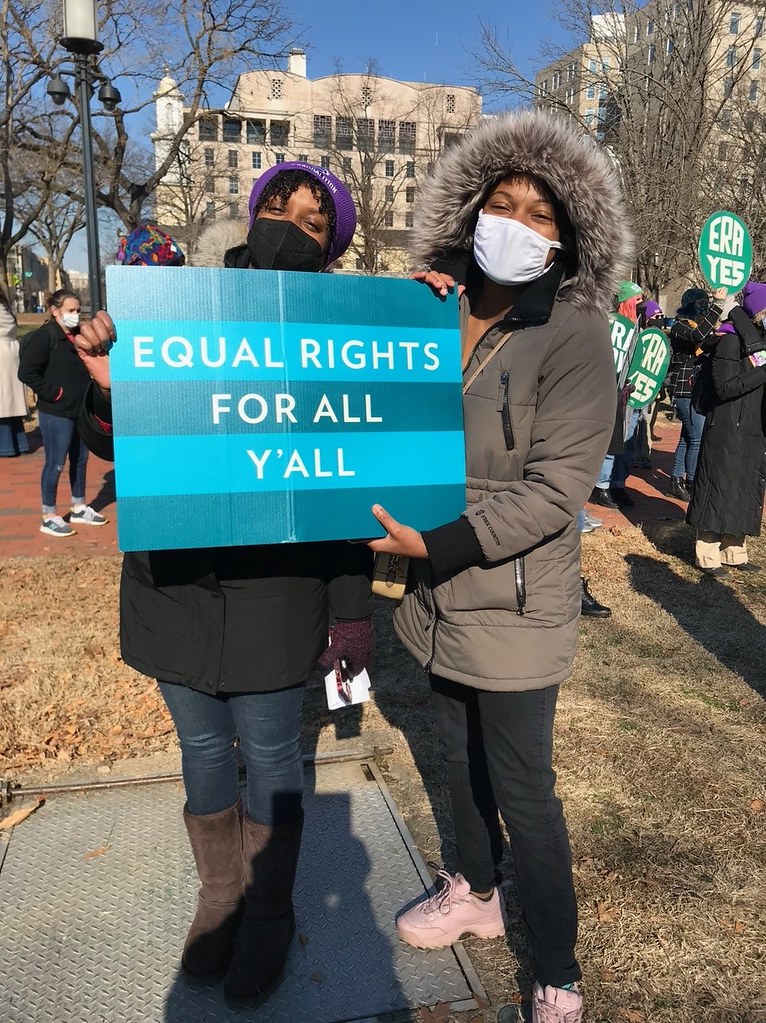 LWVUS joined 55 other civic-minded organizations in filing an amicus brief in support of the Attorneys General of Virginia, Nevada, and Illinois as they seek the ratification of the Equal Rights Amendment (ERA).

The League joined 55 other civic-minded organizations in filing an amicus brief in support of attorneys general of Virginia, Nevada, and Illinois as they seek to have the Equal Rights Amendment (ERA) ratified. The lawsuit, brought by the states against David Ferriero in his official capacity as National Archivist, asks the US District Court for DC to order Mr. Ferriero to record Virginia’s recent ratification of the ERA, which they argue is his duty under the law.

Virginia’s ratification of the ERA makes it the 38th state to do so, but the third state — alongside Nevada and Illinois — to do so after 1982, a statutory deadline that the defendant argues is the last year any state could ratify the amendment. The League’s amicus brief argues that Article V of the US Constitution does not permit the imposition of any time limit on the states’ power to ratify constitutional amendments.

In July 2020, Alabama, Louisiana, Nebraska, South Dakota, and Tennessee — states who rescinded their ratification of the ERA — sought to end the case because they argued Plaintiffs no longer had the requisite number of states to successfully ratify the ERA under Article V, and because the ratification deadline lapsed. LWVUS joined a long list of amici in signing on to a women-focused brief.

In March 2021, the District Court granted the archivist’s motion to dismiss. The states appealed to the DC Circuit, and the LWVUS amicus brief was filed on January 10, 2022. The DC Circuit set oral argument in the case for September 28, 2022.

The League was represented by Winston and Strawn LLP.

Virginia, Illinois, and Nevada file their complaint against the US Archivist.

LWVUS signed on to an amicus brief in support of the plaintiffs.

Alabama, Louisiana, Nebraska, South Dakota, and Tennessee, the intervenors in the case, file a motion for summary judgment.

Virginia, Nevada, and Illinois file a Motion for Summary Judgment.

Following the District Court's Motion to Dismiss, the League of Women Voters sends a letter to Congress asking them to remove the deadline for ratification of the ERA.

Virginia, Illinois, and Nevada notice an appeal to the US Court of Appeals for the District of Columbia

LWVUS and its partners file an amicus brief in the D.C. Circuit Court of Appeals, asking for reversal of the District Court's dismissal. The brief argues the text of Article V of the United States Constitution does not permit a time limit on the ratification of constitutional amendments. Thus, Congress' inclusion of a time limit in its joint resolution sending the Equal Rights Amendment to the states did not invalidate an amendment that fulfilled Article V's requirements for ratification. As a result, because Virginia ratified the Equal Rights Amendment in January 2020, enough states had ratified the Amendment and the Archivist of the United States was required to publish it and add it to the Constitution as the Twenty-Eighth Amendment.