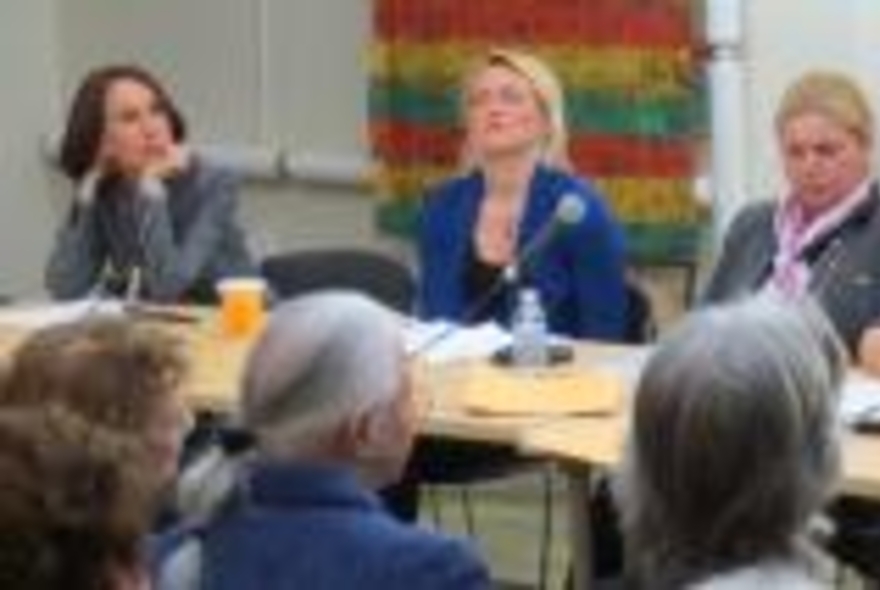 The UN held its annual Commission on the Status of Women in early March. This year's topic, preventing violence against women and girls, witnessed more than 350 parallel events as well as official side events (sponsored by countries) and sessions hosted by UN Agencies such as UN Women. On behalf of the LWVUS, we had a delegation of 19 attending the Commission at UN headquarters. We also organized a parallel event--Implementing Laws Preventing Violence against Women & Girls – Successfully, held March 5. More than 120 people were in attendance to hear our esteemed panelists:

The event was moderated by the League of Women Voters’ UN Observer, Rosalee Keech. Also speaking was a high school student who eloquently indicated why violence must never be tolerated and what she is doing with the information that she's learned at the conference.

Additionally, the League co-sponsored a side event (sponsored by the Permanent Mission of Brazil to the United Nations and the Working Group on Girls) – Preventing Exploitation of Girls at Major Events. Highlights included the Vice Minister of Brazil, His Excellency Lourdes Maria Bandeira, speaking about the World Cup preparations to prevent exploitation and the Assistant NJ Attorney General, Tracy Thompson, speaking about SuperBowl preparations.