Register to vote - get started now at VOTE411.org
View All Action Alerts
middle-right 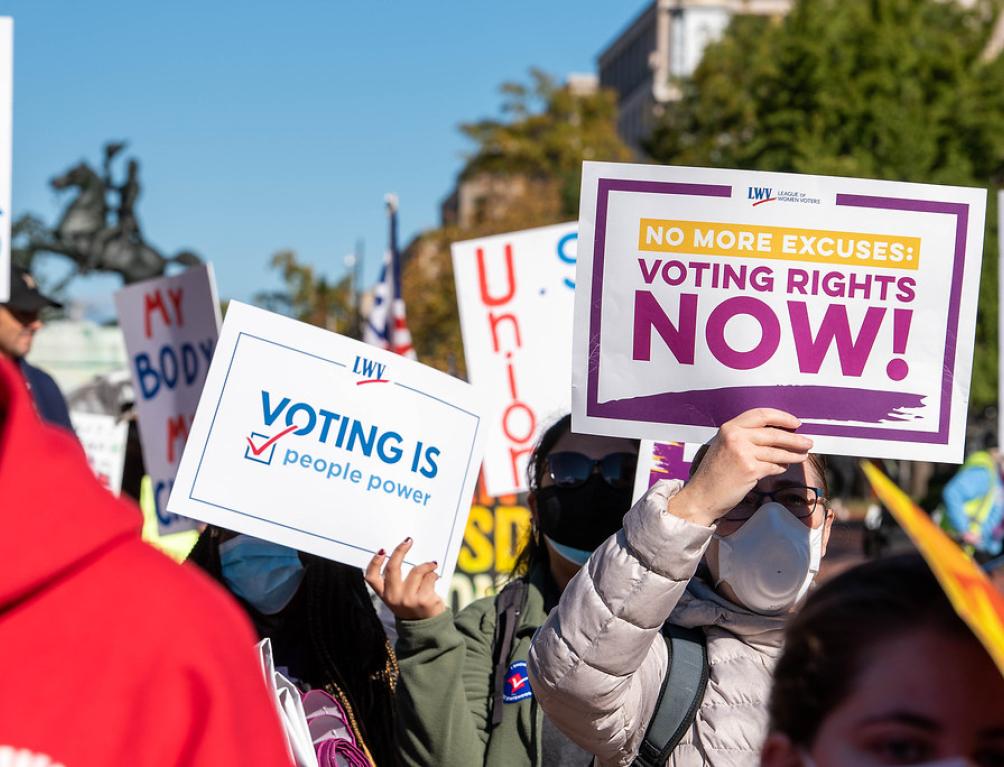 We protect every American’s right to vote, challenging those who seek to restrict Black, brown, female, disabled, and other Americans from making their voices heard in our democracy.

Voter suppression is any attempt to prevent or discourage certain Americans from registering to vote or casting their ballot. These measures often target specific groups based on race, ethnicity, political affiliation, age, or other aspects of voters’ identities. The most widely used forms of voter suppression include discriminatory voter ID and proof-of-citizenship restrictions, reduced polling place hours in communities of color, the elimination of early voting opportunities, and illegal purges of voters from the rolls.

Historically, voter suppression has overwhelmingly targeted Black Americans. After the Civil War, Black men were able to participate in elections once the 15th Amendment to the US Constitution was adopted in 1870, which states:

Voter suppression in southern states raged in the form of laws to prevent poor and Black voters from participating in elections. These laws, known as Jim Crow laws, included poll taxes and literacy tests. Many of these voter suppression strategies remained in place until the 1965 passage of the Voting Rights Act.

In 2013, the US Supreme Court removed key protections of the Voting Rights Act in the decision of Shelby v. Holder. Since then, a surge of anti-voter bills have swept across our nation– with many being legalized.

The League will not stand for this.

In response to an unprecedented number of voters (particularly Black and brown voters) participating in the 2020 election, and a historic, party-flipping Senatorial election, Georgian officials signed a bill, SB 202, into law that reduced the number of ballot boxes in communities of color, limited voting hours, added additional voter ID requirements, and made it illegal to provide those waiting in line with food or water, among other measures.

The provisions in SB 202 would not only eliminate Georgia’s growth in voter participation, but would take voting rights backward in the state, particularly for voters of color, who were directly targeted by the bill. The League of Women Voters of Georgia joined partners, including the Georgia NAACP and the Lower Muskogee Creek Tribe, in filing a lawsuit to prevent enforcement of the law.

In 2021, Texas legislators passed bills limiting citizens' capacity to vote and expanding protection for partisan “poll watchers.” Partisan poll watchers are volunteers deployed by major parties to observe the voting and vote counting processes. Many people consider the presence of poll watchers to be a form of voter intimidation.

In addition to granting poll watchers new access, protection, and power, the bills limited mail-in voting and early voting hours and restricted in-person voter assistance for people with disabilities or those requiring support in the voting process. The bills inspired half of Texas’s legislature to flee to DC to block their passage; despite efforts to block these provisions, the voter suppressing bills were signed into law.

The League is at the forefront of the most important federal and state cases across the United States. Our legal team works tirelessly to oppose all forms of voter suppression, including:

We support legislation that empowers Americans to participate in the voting process. These include: 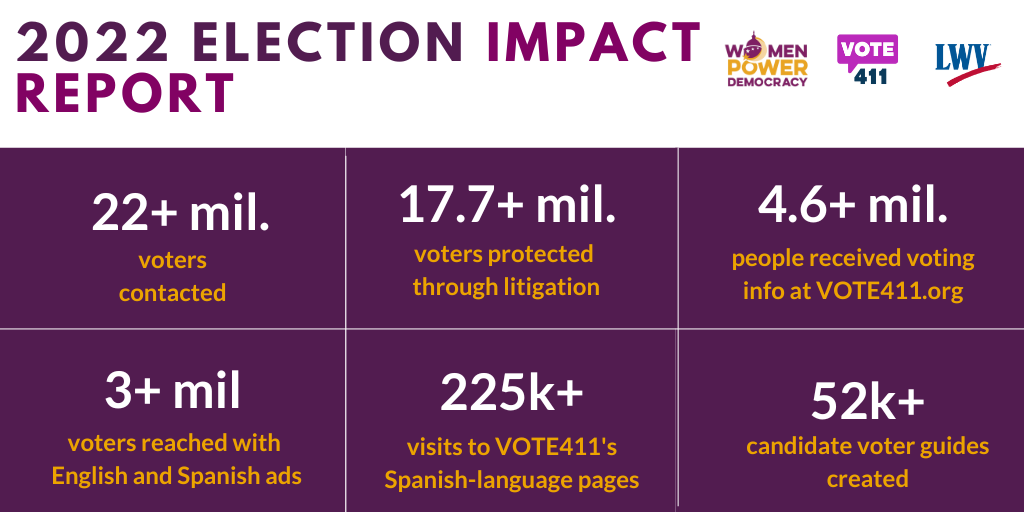 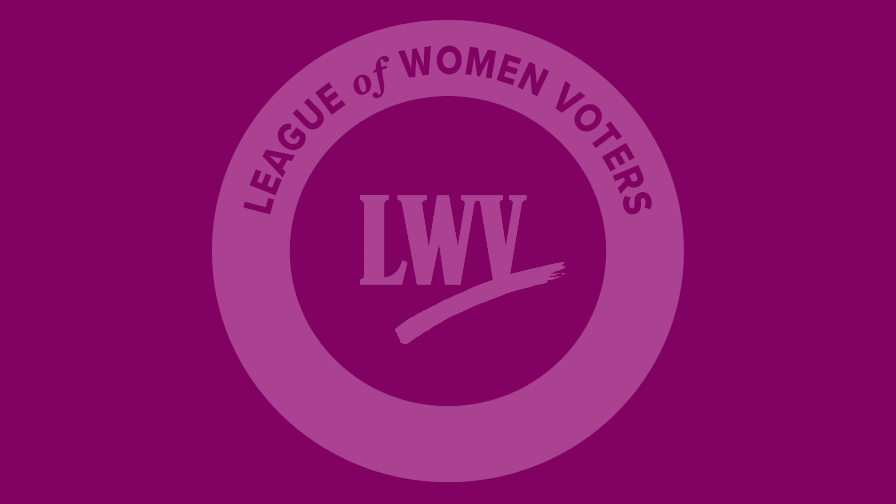 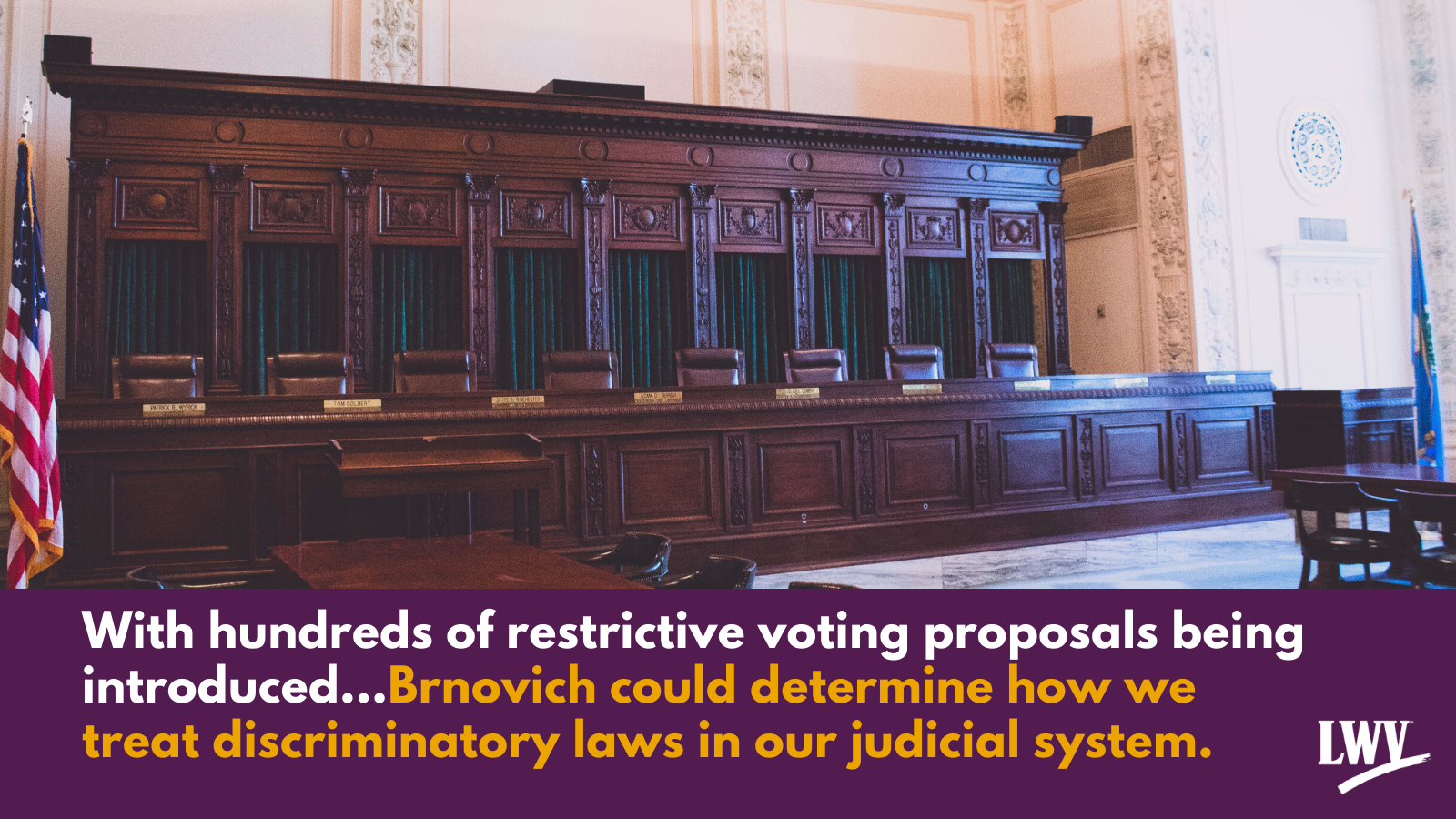 Brnovich v. DNC and the Threat of Discriminatory Voting Laws
Blog / May 11, 2021

​​​​​​Take action to prevent the silencing of voters 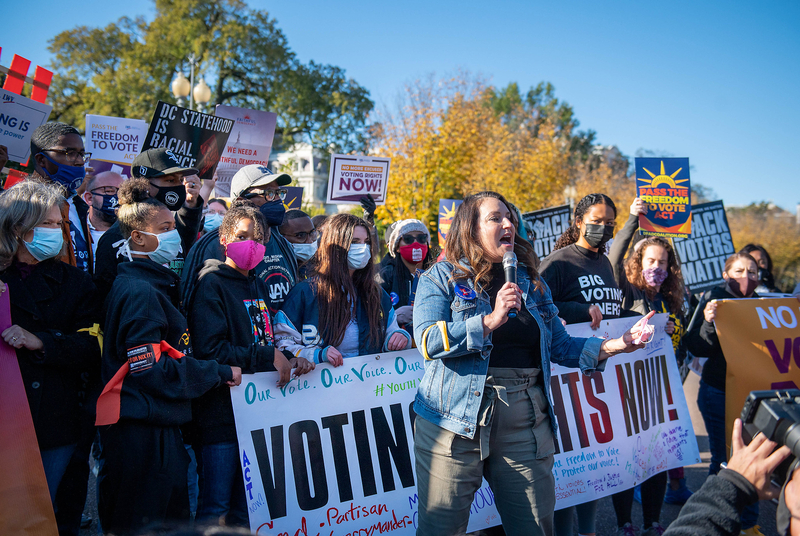 Latest from the League
League of Women Voters of Cupertino-Sunnyvale v. City of Cupertino

Case brought by LWV Cupertino-Sunnyvale challenging a new lobbying disclosure ordinance enacted by the City of Cupertino, which could require the League and others petitioning the city council to register as lobbyists.

This profile was originally published by Asbury Park, NJ, Patch.

League of Women Voters of Monmouth board member Annette Scott of Neptune recognized for advocacy for citizens returning from incarceration.

Keep up with our work to end voters suppression.