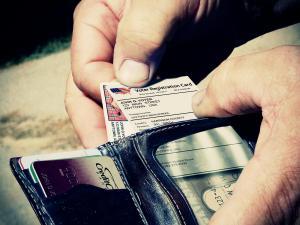 Over the past 10 years, our country has seen a steady increase in the attacks on voting rights sweep across the states. From reductions in early voting opportunities to voter photo ID requirements to attempts to implement restrictions on the voter registration process, the attacks on our voting rights have been relentless. However, 2015 has bucked this trend. When looking at the now almost complete 2015 state legislative sessions, not only were fewer pieces of anti-voter legislation successful, more pro-voter reforms were introduced and passed!

Thus far in 2015, we have seen 2,211 voting related bills introduced across the country. For the first time in a decade, no state has passed any new anti-voter legislation in 2015 to date. This is not to say that real threats don’t exist; they do. Voter photo ID bills continued to spread across the country with legislation introduced this year in Arkansas, Maine, Missouri, Nevada, New Mexico, Ohio, West Virginia and Wisconsin. Voting rights advocates faced uphill battles in many of these states, however the League, in coalition with our national and state advocacy partners, leapt into action to defeat attempts to erect these barriers to voting. Besides voter photo ID, efforts to cut back early voting were stopped in Georgia and Ohio. Unfortunately, some states did allow for new restrictions to take hold through backchannels, like North Dakota where an existing law was updated to create a new restriction related to their existing voter photo ID law.

This year, we saw pro-voter reforms passed in several states. Leagues in Florida, New Mexico and Oklahoma increased access to the polls by successfully advocating for the implementation of online voter registration. While we are greatly encouraged to see states considering and implementing online voter registration proposals, Leagues are also working to make sure these new systems will not be limited to those with a driver’s license or non-driver’s ID. This type of restriction would exclude millions of eligible voters who lack the proper ID and impose a restrictive ID requirement on online registration where there isn’t one for offline registrations.

Leagues across the country continue to play an active role in advocating for pro-voting rights reforms and against measures that would reduce voting rights and access to the polls in their states. State Leagues are working in coalitions, testifying at hearings, writing letters to the editor, and enlisting their supporters’ help in contacting politicians and decision makers. In addition, they’re also educating the public, legislators and elections officials on these proposals, either on the harm discriminatory measures could cause to individual voters and the fabric of our democracy or on reforms that can expand the electorate and ensure that our elections are fair, free and accessible to all eligible voters.

We hope the state legislative sessions of 2015 do not prove to be an anomaly, but mark the turning of the tide in the attack on voting rights. Regardless, the League stands strong ready to face whatever comes next – from court battles on existing or proposed laws to additional legislative attempts, to registering new voters and helping to bring them into our electoral process. We’ve been Making Democracy Work® for 95 years and we’re not going to rest now.