6 Ways the League of Women Voters Has Impacted Your Life 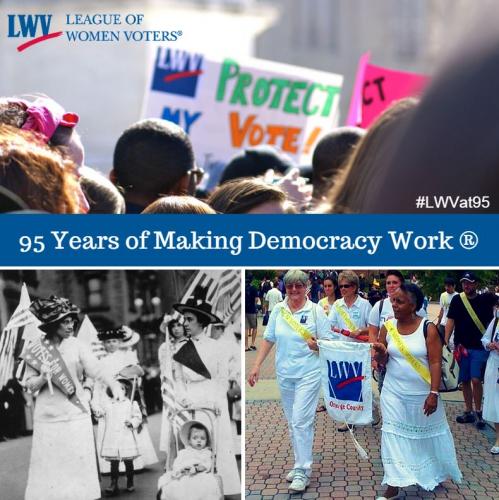 This year, the League of Women Voters celebrates our 95th anniversary. The League was founded by suffragist Carrie Chapman Catt on February 14, 1920 - just six months prior to the passage of the 19th Amendment, which secured women the right to vote. But working towards women's suffrage was just the very start. Our work - and our impact - expands far beyond 1920!

Over the past 95 years, state and local Leagues across the country have been fulfilling our mission of Making Democracy Work ® in the areas of voting rights, civic engagement, money in politics, environmental defense, health care and more. And we have a lot to show for it!

In honor of our 95th anniversary, here's a list of six things Americans like you have in part because of the League's work at the local, state and national level.