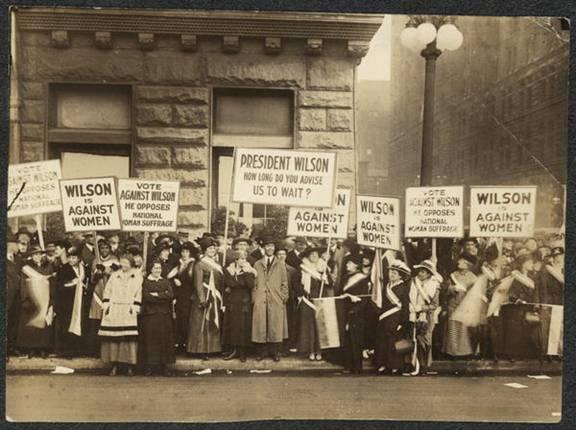 Ninety-six years ago today, Congress passed the 19th Amendment, which granted women the right to vote, and was sent to the states for ratification. It would take over a year for enough states to ratify the amendment, and it was not until August 1920 when women nationwide finally gained the right to vote. In between June 4, 1919 and August 18, 1920, the League of Women Voters was founded with the expressed intent to help 20 million women carry out their new responsibilities as voters.

The League of Women Voters was founded 95 years ago by Carrie Chapman Catt during the convention of the National American Women Suffrage Association on February 14, 1920. The League began as a "mighty political experiment” to encourage women to use their new right to participate in the democratic process and shape public policy. From the beginning, the League has been an activist, grassroots organization whose leaders believed that citizens play a critical role in our government and determining the issues our government addresses.

Today, the League maintains its commitment to Making Democracy Work® and to keep the power of our democracy in the hands of the people. As a powerful national network that includes 800 state and local chapters across the country, the League empowers people every day to tackle the most important issues facing our communities and to improve local, state and federal government.

Join us as we reflect back on the long and storied history of the suffrage movement that secured women the right to vote, and pay respect to the women who paved the way for the founding of our organization.