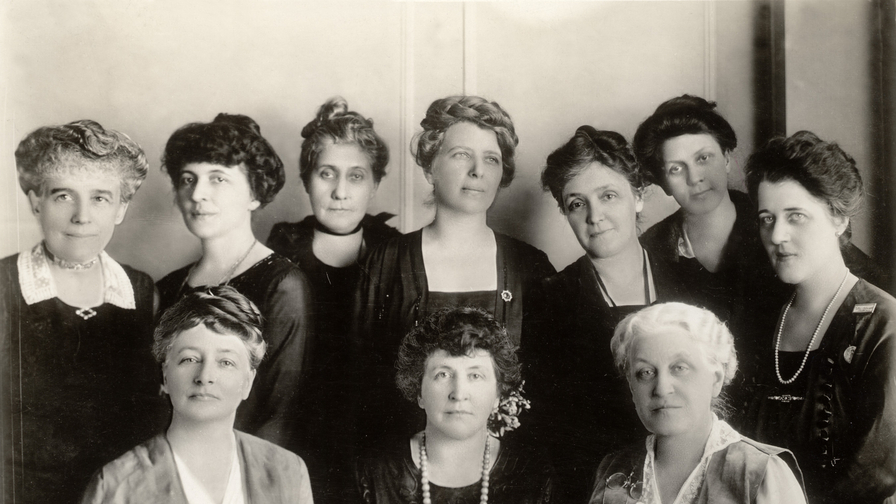 As the League celebrates 95 years of Making Democracy Work®, we’ve been celebrating our past as we look towards our future and both the 100th anniversary of our organization as well as the 19th amendment, which granted women the right to vote.

The League is not only a direct outgrowth of the movement that secured women’s ability to participate in the American electoral process, it is also the product of early 20th Century progressive thinking that trusted facts and managerial expertise as a means to reform corrupt government institutions. The League’s founder, Carrie Chapman Catt, was first, last and always a progressive, but her views on the reform of democracy were shaped by her life-long struggle to get the vote for women.

According to Robert Fowler in his book Carrie Catt: Feminist Politician, Catt believed three things were necessary for a genuine democracy, “The first involved legal change: women’s enfranchisement. The second involved creation of a good citizen through education. The third involved finding an institutional mechanism through which ideal citizens, women especially, could transform American political life.” The League of Women Voters is that institutional mechanism. In the League, Catt “was proposing her ideal for America, her deepest dreams, her utopia.”

This dream was echoed by Maud Wood Park in her farewell address as the League’s first national president in 1924:

[The League of Women Voters] is an organization of women to help women make the best of themselves as voters, both by intelligent participation in the responsibilities of voting citizens and by special attention to the human welfare side of government in which women are particularly fit to be useful… The League has had the advantage of an extraordinary opportunity, the opportunity afforded by the enfranchisement at one time of approximately 20 million women…the possible advantage of an enormous number of new voters, untrammeled by carelessly made political affiliations, with no bad political tendencies to undo and therefore free to form good political habits from the start.”

While much of this utopian vision remains a utopian ideal, the lesson of the past 95 years is that working collectively, the League is Making Democracy Work® in many of the ways Catt envisioned.

Today, the League empowers people every day to tackle the most important issues facing our communities and country to improve government at every level. With a powerful grassroots network that includes nearly 800 state and local Leagues across the country, the League continues to enable Americans to wield the power of the right to vote. From registering thousands of new voters each and every year to providing voters with the elections information they need through our online elections resource – VOTE411.org to advocating for needed reforms to make our elections fair, free and accessible to all eligible citizens, the League will help keep the power of our democracy in the hands of the people for the next 95 years and beyond.

Want to get involved? Find your local League and join our online community!