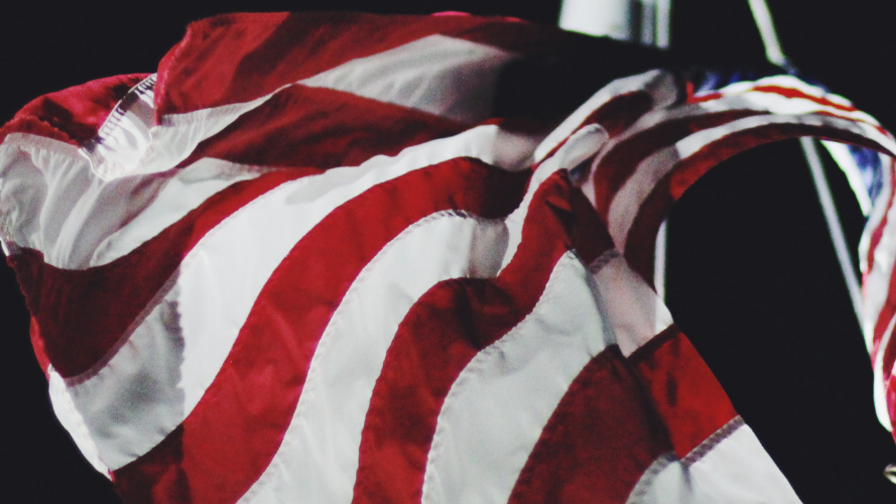 The Electoral College: What is it good for?

Breaking down the Electoral College — its origins and issues

Next week, the Electoral College will convene as is required by the Constitution to formally elect the next president and vice president of the United States. Every four years this part of the complicated process once again comes to the forefront of discussion. The Electoral College is often not a well-understood entity. For starters, it isn’t a place, but rather a group of individuals known as ‘electors’ who cast their votes for electing the president. And it wasn’t created by our Founding Fathers, either.

I recently sat down with ELLE magazine to discuss the Electoral College and the history behind this system. As the electors prepare for their meeting on December 14, I want to highlight some of the history and shortcomings of this process, as well as offer some possible solutions to replacing this flawed system for the good of the nation and the health of our democracy.

ORIGINS AND WHY IT WAS FORMED

The presidential election of 1876 between Rutherford B. Hayes and Samuel J. Tilden was highly contested. Tilden won the popular vote, but electoral votes in a few key states were disputed when Congress met to finalize the results. It was the middle of reconstruction and the first time since the Civil War that a Democrat, Samuel Tilden, had won the popular vote. But the election ultimately came down to three Southern states — all under the fragile control of Reconstruction Republican governments — which had each sent to Congress multiple competing electoral returns. If those states went to Hayes, then Tilden would lose by a single electoral vote.

At the time, Congress had no existing procedures to decide which of the disputed returns from each state should be counted, so it functionally delegated the decision to an ad hoc Electoral Commission composed of five senators, five representatives, and five Supreme Court justices. Congress later passed the Electoral Count Act to prevent another Hayes-Tilden debacle and to avoid partisan paralysis in presidential elections.

THE COLLEGE TIES TO SLAVERY

One dirty secret of the Electoral College is the direct relationship to racism and slavery in this country. More specifically, southern states wanted enslaved persons to count toward the population for the purposes of political representation, even when those in slavery had no voting rights or voice in government.

The three-fifths compromise allowed for three-fifths of slaves to be counted which resulted in more representatives in the U.S. House of Representatives and more votes in the Electoral College. The system rewarded slave owners by giving their states more power while holding millions and millions of people powerless.

In addition to its ominous origins, the Electoral College was surely not what the Founding Fathers would have wanted. They had already spelled out the electoral process in the Constitution, designed as such to be a more democratic system than it is today. Thus, the Electoral College is not reflective of a true democracy in which the people directly decide their leaders.

The system overrepresents some states and underrepresents others, creating campaigns that focus on a few “swing states.” Five times in our history, a presidential candidate has WON the popular vote but LOST the Electoral College count:

Another issue is that the Electoral College doesn't support a multi-party system, wherein there would be additional candidates from other parties (e.g., Green, Libertarian), as opposed to just the two mega parties (Democrat and Republican). Yes, there are sometimes Green or Libertarian candidates on the ballot, but they aren't included in the main debates or given much airtime. The Electoral College doesn't allow for a multi-party system of elections, because, with four or more candidates it wouldn't be possible for any one candidate to achieve 270 necessary electoral votes.

There is also the problem of “faithless electors.” The individuals are elected to the Electoral College by their political party and they are expected to pledge their vote in alignment with their official party. That doesn’t always happen. There have been a few situations where "faithless electors" stray from their party commitment. These individuals have never had enough influence to successfully change the outcome of an election, but it is a factor whenever any one individual has this level of power and influence.

THE LEAGUE’S POSITION AND PROPOSED SOLUTIONS

At the League, we believe that the direct-popular-vote method for electing the President and Vice President is essential to representative government. Therefore, the League believes that the Electoral College should be abolished.

There is a lot of controversy around abolishing the current process, which would require a constitutional amendment. But instead of abolishing the Electoral College, there’s an alternative — a state-based approach called the National Popular Vote Interstate Compact. It's an agreement among states that their electors will vote for whoever has won the national popular vote, regardless of who won the state's popular vote.

The League supports the use of the National Popular Vote Compact as one acceptable way to achieve the goal of the direct popular vote for election of the president until the abolition of the Electoral College is accomplished. The League also supports uniform voting qualifications and procedures for presidential elections.

One “reform” which the League specifically rejects is the voting by electors based on proportional representation in lieu of the present “winner-takes-all” method. Such a system would apportion the electoral votes of a state based on the popular vote in that state.

There have been more than 700 pieces of legislation offered to abolish or modify the Electoral College. The National Popular Vote Interstate Compact, supported by the League, will guarantee the Presidency to the candidate who receives the most popular votes across all 50 states and the District of Columbia. The Compact ensures that every vote, in every state, will matter in every presidential election. More importantly, the League advocates for electoral process reform.

As I told the ELLE Magazine last month, “if we want to get to a place of reconciliation and healing in this country, beyond the systems that were set up to give advantage to certain people over others, we need to make sure we are fixing the things that went wrong from the beginning. It comes down to being able to have equal representation, and it comes down to one person, one vote. In a true democracy, that's what happens.”

Who Will Elect the President? The Electoral College System